By Cindy Mindell ~
WEST HARTFORD – Richie Barshay grew up just down the road from The Emanuel Synagogue in West Hartford, where he and his family were congregants and where he celebrated his bar mitzvah. Currently on a European tour with the Klezmatics, the world-renowned percussionist, now 29, will return to The Emanuel on April 1 to perform with Matuto, one of his bands that describes itself as playing “Brazilian Bluegrass” – a sound that combines Brazilian and American folk traditions.
Barshay’s musical journey allegedly began in the kitchen. “The story has it that I was attracted to pots and pans from an early age, while still in diapers,” he says. For his third birthday, his grandparents presented him with a red-and-white Fisher-Price drum, which also contained maracas and a tambourine. He still has the toy.
After playing in school bands at Aiken Elementary and King Philip Middle School, Barshay formed Latin Flavor with fellow musicians from Windsor and Bloomfield whom he had met while in All State Jazz Band when he was 13. Renamed the Curtis Brothers, the band played all over the U.S. and traveled twice to Cuba to perform at the Havana Jazz Festival.
Barshay was active in Joe Ganci’s jazz program at King Philip and went on to work with music directors Haig Shahverdian and John Mastroianni at Hall High School. “As a musician, I never actually thought of going to the Hartford Academy of the Arts, like many musicians I knew, because the arts program at Hall was and is so strong,” Barshay says. “The discipline required in the Hall music program, along with the perspective I was getting playing with the Curtis Brothers, helped me decide to apply to the New England Conservatory of Music in Boston.”
During his sophomore year at the conservatory, Barshay was approached by a composer and producer who was working with Herbie Hancock. After an informal audition, he joined Hancock’s band, where he played for four years. He graduated in 2005. A year later, he moved to New York City, where he works as a professional musician, freelancing, touring, recording, composing, organizing concerts, and teaching.
Barshay joined the Klezmatics the summer after he graduated college, though he was exposed to the genre early on. “I had heard the sounds of klezmer from an early age, just growing up Jewish and being at weddings and other events,” he says. “At first I found it corny, actually. Playing klezmer drums seemed boring to me.”
While Barshay was a freshman at the conservatory, a friend introduced him to the music of Dave Tarras and Naftule Brandwein, two of the most influential clarinetists of the genre in its earlier days of recordings. “The feeling of the music felt very close to home for me, and this time the rhythmic aspect felt fresh and filled with creativity and complexity,” Barshay says.
He started playing in Khevre, a klezmer band in Boston led by Michael Winograd. He was then introduced to members of the Klezmatics, whose original drummer, Dave Licht, was just taking leave from the band. His first gig with the Klezmatics served as his audition. “It was in July 2005 in Kansas City, a 95-degree day, and we were playing under a tent with no air circulation,” Barshay recalls. “I think the feeling of being drenched after the first up-tempo song put me in the right mood.”
The Klezmatics were the subject of a 2010 documentary film, “The Klezmatics – On Holy Ground,”.
“The magic of Jewish music as a way to bring people together, Jewish and not, is so powerful,” he says. “Representing Jewish culture and playing klezmer for audiences around the world has been a rewarding way to connect to the Jewish community.”
Barshay has returned to perform in West Hartford a few times since moving away. “It’s a special feeling,” he says. “It’s humbling to come back and see people and places that don’t appear changed, when I feel so different each time. Of course, things have changed, and there are also new students and young folk who are interested in music. Some people come to my concerts because they know my family, and some because they know me or know that I started in the town music programs and went on to be a musician professionally. That’s exciting, because I have a lot of role models in my life, musically and otherwise, so if my concert can inspire someone who shares my home town, it’s also a gift to me.” 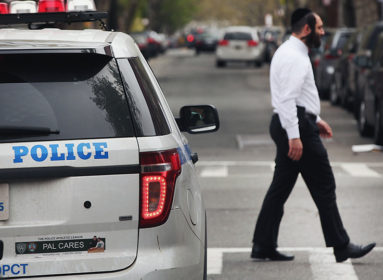