How does an Orthodox community market itself? Each year, the Orthodox Union’s Department of Community Engagement holds an event showcasing Jewish communities from around the country for families considering relocation from the New York Metro area.
Launched in 2008 in response to a lagging economy, the first Jewish Communities Home and Job Relocation Fair featured 14 communities, followed by 23 in 2009 and 37 in 2011.  This year, the April 21 event will include 41 communities from 18 states will be represented, including two from Connecticut.
Following the 2011 event, according to coordinator Hannah Farkas, Stamford and New Haven each netted one couple who relocated to those communities.
Since 2008, the nature of the event has changed, says Rabbi Judah Isaacs, director of the OU’s Department of Community Engagement. “Where once the participating communities were regarded as ‘emerging,’ now most are well established in Orthodox Jewish life,” he says. All representatives offer the amenities required for an Orthodox Jewish lifestyle: day schools, mikvah, eruv, and the availability of kosher food.
“Each of the communities offers the ability to live a more affordable lifestyle, with good-paying jobs and reasonably priced housing,” Isaacs says. “It is not possible to visit every community, so the fair offers a unique opportunity for ‘one-stop shopping,’ to learn about each and their unique characteristics. These communities offer a better quality of life for a young Orthodox Jewish family. Interested people will be encouraged to visit communities for Shabbat following the fair, to learn more and to meet residents.”
This year, members of the New Haven and Stamford Orthodox communities will staff booths.
New Haven is represented by Rabbi Fred Hyman of the Westville Synagogue, as well as Rabbi Dov Greer of the Yeshiva of New Haven Synagogue and lay leaders from both congregations. Partially funded by the Jewish Federation of Greater New Haven, the booth will also include information about Congregation Bikur Cholim Sheveth Achim and Young Israel, two other Orthodox synagogues in New Haven.
“We have the fundamentals of a Jewish community,” says Hyman, “synagogues, day schools, culture, food, mikvah, and eruv – anything that an Orthodox family would want in a community.  The real challenge is finding jobs for people, so we’re also putting together information on employment opportunities.”
Spearheaded by Abigail Kurtz, Stamford’s booth will be staffed by volunteers from the two Orthodox synagogues in the community, Congregation Agudath Sholom and Young Israel, as well as a representative of Bi-Cultural Day School and a real-estate broker. Like New Haven, organizers will provide job listings, says coordinator, Michael Feldstein.
What makes an Orthodox family relocate to a particular community rests largely on two considerations, Feldstein says. “We have found that the two most important factors in a young family’s decision to move to a community are the Jewish education opportunities and the availability of kosher food,” he says. “We also try to emphasize how close Stamford is to major parts of the New York metro area, as we feel that many folks are under the false impression that Stamford is farther from New York City than it really is.”
Stamford’s presence at the fair is inspired by CAMOS (Committee to Advance Modern Orthodoxy in Stamford), an initiative Feldstein founded in 2009 that has attracted more than 65 new Orthodox families to the community.
For all Orthodox communities looking to grow, cooperation among organizations is an essential factor. “Growth will help both shuls, regardless of where people choose to become members,” Feldstein says. “The more observant families who move here, the stronger the infrastructure will be.” 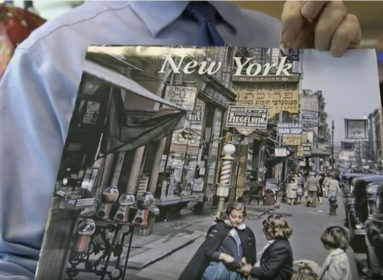