Connecticut Catholic educators explore the history of antisemitism and the Holocaust

Nearly 50 years have passed since the Second Vatican Council issued Nostra Aetate, the Declaration on the Relation of the Church to Non-Christian Religions. Since its appearance in 1965, Catholic educators have embarked on a long, gradual, and often fraught exploration of how best, or whether, to incorporate antisemitism and the Holocaust into Catholic school curricula.

In 1995, in an effort to help improve relations between Catholics and Jews, the Anti-Defamation League’s (ADL) Washington, D.C. Regional Office created “Bearing Witness: Anti-Semitism, the Holocaust and Contemporary Issues,” together with the Archdiocese of Washington and the United States Holocaust Memorial Museum, and in cooperation with the United States Conference of Catholic Bishops and the National Catholic Educational Association. Now a national program, Bearing Witness has trained more than 1,700 Catholic-school educators about the historical relationship between the Jewish and Catholic communities and the impact of that relationship on Catholic teaching, catechesis and liturgy. As a result, the program has impacted more than 250,000 students across the country.

Bearing Witness has been cited by the Holy See as among the most important initiatives designed to improve Catholic-Jewish relations. It has also been recognized by the National Catholic Educational Association (NCEA) as a SPICE program (Selected Program for Improving Catholic Education), a designation conferred upon a handful of exemplary programs each year, and was given the NCEA President’s Award in 2008.

Colleen Simon, a teacher at St. James School in Stratford, and Katelyn Browher, a Maryland educator transferring to St. Rose of Lima School in Newtown this fall, spent five days learning about the history of antisemitism, the Holocaust, and recent changes in Catholic teachings on Jews and Judaism. The educators learned from experts in the fields of Judaism, the Holocaust, historical and contemporary antisemitism, Catholic-Jewish relations, and anti-bias education. They also visited sites across Washington, D.C., including the U.S. Holocaust Memorial Museum, Israeli Embassy, and Washington Hebrew Congregation.

The Eileen Ludwig Greenland National Bearing Witness Summer Institute is part of the ADL’s Braun Holocaust Institute-Glick Center for Holocaust Studies and is also funded in part by the Stanley S. Bender Institute. The institute is sponsored by ADL in partnership with the U.S. Conference of Catholic Bishops, the National Catholic Educational Association, the U.S. Holocaust Memorial Museum, and Georgetown University’s Program for Jewish Civilization.

“When I first heard about Bearing Witness, I couldn’t wait to apply,” says Browher. “I was in the middle of planning an inter-disciplinary Holocaust unit for the seventh and eighth grades at my school and I was struggling to figure out the best approach. There seemed to be so many possible avenues of focus, and my colleagues and I were having a hard time determining the best path for teaching our students. Along with two colleagues, I jumped at the opportunity to learn how to bring the lessons and stories of the Holocaust to our students.”

Simon had learned about Bearing Witness several years ago, but could not apply because the program was not offered in the Diocese of Bridgeport. She heard about it again when she participated in ADL’s annual Charlotte and Jacques Wolf Educators’ Conference on Echoes and Reflections. There, she met Marji Lipshez-Shapiro, director of education and associate director of ADL Connecticut region, who encouraged Simon to apply to the first-ever National Bearing Witness Summer Institute.

“I was thrilled at this possibility because, as a Catholic educator, it is a program that I had wanted to do for a long time and also, through my experience, I knew that all programs sponsored by the ADL are exceptional and will help enhance my teaching,” says Simon.

Each educator entered the program with a specific goal. “I was already slightly familiar with Nostra Aetate, and I hoped to learn more about the history of Catholic-Jewish relations,” says Simon. “When I saw the many Jewish and Roman Catholic groups participating in the program, I was hoping to learn how these different groups have been able to work together in building interfaith dialogue and then to use this model of cooperation to teach my students that real change is possible. A book was discussed, The Dignity of Difference by [Rabbi] Jonathan Sacks, and this idea of accepting differences sums up what I wanted to learn.”

For Browher and a colleague who also attended the program, “some of our biggest concerns were how to teach about a tragedy on such a large scale without dulling students to the stories of the individuals, and how to explain how people could allow the Holocaust to happen,” she says. “We were hoping to be empowered with the knowledge and teaching strategies to make our students understand the Holocaust through the lens of Catholic social teaching.”

There were some misperceptions and memes to examine first.

“This program absolutely changed my perspective on Jewish-Catholic history,” says Simon. “Before the program I had heard about Nostra Aetate and I had heard about the Concordat that Hitler signed with the Holy See, but after this program I realized what I knew wasn’t even a drop in the bucket. I didn’t realize the depths to which people erroneously believed that God had broken his covenant with the Jewish people and that what happened to the Jewish people was punishment. This 2000-year-old thinking is toxic and without this history of anti-Judaism, the Holocaust could not have happened. The Jewish-Catholic history is filled with examples of the Christian Churches’ disregard of the Jewish faith and the Church’s attempts to speak and act out against the Jewish faith. Unfortunately, it took the Holocaust for the leaders of the Catholic Church to see how wrong they were and to reach out to the Jewish community. This change in thinking is only about 50 years old, yet it was Pope John Paul II who really began to fully embrace the ideas presented in Nostra Aetate. Because this dialogue has taken place and real changes have been made, I am hopeful that this type of dialogue and understanding can be used in other areas where people do not understand and/or embrace ‘the dignity of difference.”

The intensive curriculum brought many eye-opening moments, Simon says. “The depth of knowledge of the speakers and participants was inspiring. Every bit of our time was used to its fullest and yet I still could have stayed to learn more. One of the presenters, Fr. Dennis McManus, talked about John Paul II’s call for purification of memory, which is to admit what we do wrong and don’t deny memories. This was a powerful statement to me. I was also surprised to learn that there is no such thing as an Aryan race. Genetics does not recognize this term; it is part of pseudo-science. I also enjoyed learning about the Jewish religion and the tradition of questioning God. For me as a Catholic, this idea of questioning God is a new idea. I was also fascinated at the rules of interpretation of the text from simple meaning to interpretive meaning to secret meaning. Again, this goes back to the history of questioning.”

Browher was acutely struck by the modern-day relationship between the Catholic Church and the Jewish people.

“We heard from many speakers, both Jewish and Catholic – including Cardinal Wuerl, the Archbishop of Washington, D.C. – who spoke about the strong, positive interactions of the two faiths today,” she says. “This was a relationship to which I had given little thought. I knew about the Catholic Church’s teaching regarding Judaism, but I had always taken it for granted, and I had failed to consider how revolutionary it had seemed to people everywhere when the Second Vatican Council emphatically denounced antisemitism and declared to the world that the Church’s belief in the coming of Christ as the Messiah did not mean that the covenant between God and the Jewish people had, in any way, been invalidated. Knowing about the efforts that the Church has since made to seek forgiveness for the failings of Catholics at all levels of the Church during the Holocaust is something that I can bring back to my students.”

There were many startling moments as well, says Simon. “The most frightening aspect of the program was during a visit to the United States Holocaust Memorial Museum and looking at the exhibit, ‘Some Were Neighbors.’ It was the first time I had ever heard from people who hurt Jewish people during the Holocaust. It was bone-chilling to listen to how former friends or neighbors could turn in people because they were Jewish.”

As they reenter the classroom this month, both Simon and Browher are better equipped to impart this difficult history to their students.

“When I teach my students about the Holocaust, I will first be sure to remind students that Jesus is Jewish and the Gospels must be read in a Jewish context,” says Simon. “I will also be sure to cover antisemitism. As one of our learned presenters, David Friedman of the ADL, stated, antisemitism is the book and the Holocaust is a chapter. Fr. McManus and Rabbi Dorff presented how to teach the Gospel in a Jewish context and a Bearing Witness graduate also gave some lessons on teaching the Gospel in a Jewish context. These are activities I definitely plan to share with my students.”

“In addition, it will be important for the students to know of Jewish life before the Holocaust,” says Simon. “The ADL’s excellent program for teachers, ‘Echoes and Reflections,’ helps teachers teach the Holocaust. This is a great resource that uses primary documents and testimony. One of the lessons covers Jewish life before the Holocaust. I will be sure to include that in my lessons so students do not see Jews merely as victims. There is also an Echoes and Reflections lesson on Jewish resistance, which is another area that I plan to teach my students. I will also make use of the U.S. Holocaust Memorial Museum’s exhibit, ‘Some Were Neighbors.’ There is a powerful lesson on collaboration on the museum’s website that I will also incorporate into my Holocaust lessons.”

Browher notes that the program helped participants look at some of the most painful aspects of Catholic-Jewish relations, but in a safe environment. “As a faithful Catholic, I will admit that I was always a bit scared to know the part that the Catholic Church played in the Holocaust,” she says. “I knew there was a terrible inaction of the Vatican and a complacency and complicity of ordinary Catholics throughout Europe, but it was a topic I sort of avoided researching; I knew I would be ashamed of what I found. The Bearing Witness program forced me to face this history, but in doing so, I was inspired with a strong sense of hope for the future, especially when I considered how I could bring my experiences from the institute to my students, thus helping to shape the future of Jewish-Catholic relations. Ignoring the past mistakes of the Catholic Church in interactions with Jews only stifles an opportunity to take these mistakes, learn from them, and take a stand to prevent history from repeating.” 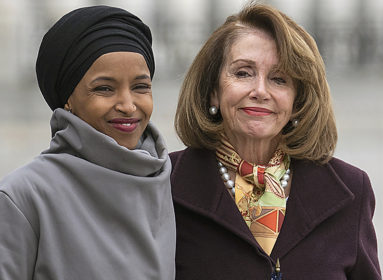