The quest to recognize a righteous man

A West Hartford man’s quest to honor a Ukrainian archbishop

WEST HARTFORD — Every year, a commission assembled by Yad Vashem in Jerusalem considers candidates to be honored as “Righteous among the Nations,” non-Jews who risked their lives to save Jews from Nazi persecution during the Holocaust.

Some 25,000 people from 45 countries bear the title, conferred in a ceremony along with a medal, certificate, and the addition of each name to the Wall of Honor in the Garden of the Righteous at Yad Vashem. The recipients are also granted honorary Israeli citizenship. The commission, headed by a justice of the Israeli Supreme Court, evaluates candidates based on rigorous criteria and documentation that includes testimonies by survivors and other eyewitnesses.

This review process does not always identify unambiguous heroism. Some nominations are debated over decades with no conclusion, as petitioners lobby the commission to reconsider an unfavorable ruling.

Such is the case of Andrey Sheptytsky, the metropolitan archbishop of the Ukrainian Greek Catholic Church from 1901 until his death in 1944, credited for saving some 150 Lviv Jews, mostly children.

Among those rescued was Leon Chameides, who, at the age of seven, was hidden in a monastery from 1942 until the Soviets liberated Ukraine from the Germans two years later. Surviving only with his brother, Chameides joined his grandparents and several aunts and uncles in England in 1946, and then immigrated to the U.S. in 1949. After completing medical school, he eventually settled in West Hartford, becoming founding chair of pediatric cardiology at Hartford Hospital and Connecticut Children’s Medical Center.

Chameides, who still lives in West Hartford where he is an active member of the Jewish community, and six fellow survivors have been working to convince Yad Vashem that Sheptytsky should be recognized as a Righteous among the Nations.

The question is not whether or not the archbishop rescued Jews, Chameides explains; rather, the Yad Vashem commission believes that, as head of the Ukrainian Greek Catholic Church, Sheptytsky should have done more.

“I was told by Yad Vashem that if Sheptytsky had been an ordinary citizen or a priest, there would be no issue,” Chameides says. “I responded that that’s not our tradition: when Noah is described as ‘righteous in his generation,’ Rashi says he was the best around at the time, but in Abraham’s generation, Noah would not have been considered righteous. Sheptytsky cannot be compared to people in other European countries during the Holocaust. He knew his people and did what he had to do; he saved Jews, he spoke out, he wrote letters [of protest] to the Pope and Himmler. That’s a lot more than other clergy did. I think it’s an injustice on the part of Yad Vashem, and shows a lack of gratitude on the part of our people.”

Particularly troubling for the Yad Vashem commission is an open letter issued by Sheptytsky to the Ukrainian people in July 1941, just after the German army had pushed out the Russians and occupied the country. A deeply committed Ukrainian nationalist fighting for the country’s independence, Sheptytsky put voice to public sentiment when he wrote, “We greet the victorious German Army as our liberators from evil.” Post-war Soviet propaganda painted Sheptytsky as a Nazi collaborator.

The Chameides family was living in Katowice in southwestern Poland, where Rabbi Dr. Kalman Chameides was spiritual leader of the Jewish community. In September 1939, the Russians and Germans invaded Poland, dividing the country between them; the Russians took over the eastern part, including Lviv, in Ukraine, where the Chameideses fled, to join the rabbi’s parents and sister.

Two years later, the Germans attacked the Russians, conquering all of Poland and much of the Ukraine and Russia.

Rabbi Chameides worked in the religious department of the Lviv Judenrat, which had managed to collect some 300 Torah scrolls and was seeking a safe hiding place for them. A delegation consisting of Rabbis Chameides and David Kahane met with Sheptytsky, as he was known as a good friend to the Jewish community.

“That was in August 1942, in the middle of a tremendous reign of terror in which 50,000 to 60,000 Jews were killed in the city,” Leon Chameides recalls. “My father probably recognized what was going to happen to the Jews, and after discussing the sifrei Torah, the issue was raised about hiding the children. There was some hesitation because boys could be so easily be identified as Jews, so at first, the Church delegates were willing to hide girls.”

Sheptytsky’s brother, Klement – a Greek Catholic priest who has since been recognized by Yad Vashem and beatified by the Vatican – who was in charge of the country’s monasteries, said that they could hide boys as well.

Leon and his brother were taken on separate trips to the main Lviv church, St. George. After a short time in an orphanage, Leon was sent to a monastery in the town of Univ, where he spent the next two years. He was given a Ukrainian name and had to learn Ukrainian, as well as prayers in Church Slavonic. “I was told to never talk about my past or give any hint of who I was,” he says.

There were two other Jewish boys in the monastery – Oded Amarant, a retired engineer living in Tel Aviv, and Daniel Adam Rotfeld, who remained in Ukraine and Poland after the war and became the foreign minister of Poland and is now an internationally recognized Polish diplomat. Both men are part of the lobbying efforts at Yad Vashem.

There are signs of hope, Chameides says.

Earlier this month, the archbishop was posthumously honored with the Anti-Defamation League’s Jan Karski Courage to Care Award during the organization’s Centennial Meeting in Manhattan.

Created in 1987, the award was rededicated in 2011 in honor of one of its first recipients, Jan Karski, a Polish diplomat and righteous gentile who provided the West with one of the first eyewitness accounts of Hitler’s Final Solution. The award is a plaque with bas-reliefs that depict the horrifying context – the Nazis’ persecution, deportation and murder of millions of Jews – that served as a backdrop for the rescuers’ exceptional deeds. Earlier recipients include Connecticut residents Varian Fry (1907-67) and Hiram Bingham IV (1903-88).

“We are honoring Metropolitan Sheptytsky for his selfless commitment to the goal of preserving human life, and for fighting antisemitism under the Nazi regime during a harrowing and dark moment in history,” said ADL national director Abraham H. Foxman at the ceremony. “In addition to those he saved directly, who knows how many more he saved indirectly, through his strong moral voice that influenced others to act.” Sheptytsky was also recognized for directing the priests in his jurisdiction to provide false baptism certificates to protect Jews from Nazi capture, and sheltering Jews in his private residence. His pastoral letter “Thou Shalt Not Kill,” which urged individuals to not engage in political murder, was read in every local church of Ukraine.

The award was presented to Sheptytsky’s great-nephew, Jerzy Weyman, a professor of mathematics at Northeastern University, who accepted the honor on behalf of his family. Bishop Paul Chomnycky, a bishop of the Ukrainian Catholic Eparchy of Stamford, was also present at the ceremony, and spoke on behalf of His Beatitude Sviatoslav Shevchuk, head of the Ukrainian Catholic Church.

Chameides says that it took a great deal of courage for ADL to “go against Yad Vashem.”

“I am very grateful to them for having done that because it corrects a wrong against a great man, one of the few shining lights within the church,” he says.

While ADL is the only Jewish organization to honor the archbishop, it is not the first. Last April, Chameides was invited to Ottawa by the Ukrainian-Jewish Encounter Initiative (UJE) to see the Canadian Parliament unanimously pass a motion recognizing Sheptytsky.

In June, UJE founder James Temerty was the first recipient of the Metropolitan Andrey Sheptytsky Medal, an award established by the Jewish community of Ukraine in cooperation with the Ukrainian Greek Catholic Church for contributions to the cause of Ukrainian-Jewish understanding and cooperation. The award was presented at a meeting in Kiev, where Chameides spoke before a gathering of former presidents of Ukraine, members of the Ukrainian Parliament and diplomatic corps, and members of the local Jewish community and Greek Catholic clergy. Among the speakers was Natan Sharansky, in Kiev for the first-ever Jewish Agency for Israel Board of Governors meeting to be held in the former Soviet Union. 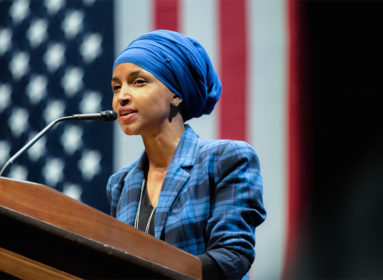 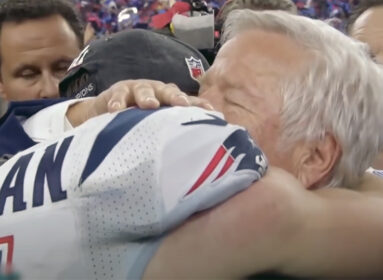