The Arab World Studies Notebook” (AWSN), an anti-Israel text which has appeared in the public school curriculum of Newton, Mass.
Credit: Amazon.

After a contentious debate lasting several years on the presence of anti-Israel texts in the public school curriculum of the Boston suburb of Newton, Mass., an independent third party has issued a comprehensive 152-page report to try to bring some clarity to the situation. The local school district, however, has refused to respond to the report and remains silent on the matter.

The Florida-based non-profit Verity Educate, which was approached by concerned parents and community members about Mideast-related educational materials distributed to students in Newton North and Newton South high schools, this month released “Middle East Curricula in Newton Public Schools,” a report addressing more than 300 specific points of= inaccuracy and inconsistency in the school district’s curricula. Between May and September, Verity Educate analyzed 26 individual pieces of educational material used in Newton schools, include handouts, assignments, readings, and one video.

Verity Educate’s stated mission is “to address the growing problem of bias and inaccuracy in education by providing nonpartisan, independent information on the content of textbooks and curricular material.” In a summary of its Newton report, the organization said its primary finding was “a demonstrated lack of subject matter expertise in the creation and oversight of these Middle East curricula, and the vast majority of materials used do not originate from authoritative sources or are so altered as to have lost their authority.”

According to Verity Educate, Newton’s Mideast curriculum has featured “a high frequency of inaccurate and false information,” “academic dishonesty in multiple pieces of material,” “material taken directly from a hate-filled, religious, proselytizing website (www.IslamicWeb.com)” that prophesies about an Armageddon when all Jews will be murdered and the rest of the world will convert to Sunni Islam, and “assignments that prejudice students radical position of a one-state scenario in Israel/the West Bank/Gaza.”

“It actually was an anomaly,” Wald told JNS.org regarding the Newton school district’s non-response to the report. “In other instances, we’ve not only received responses [from school districts], but have found that school districts were very interested in what we had to say and have responded not just cordially, but in many instances positively.”

While much of the debate in this ongoing Mideast curriculum fracas has centered on whether or not certain controversial texts are still being distributed to students, Wald said, “We did not analyze material that we had a reason to believe was no longer currently in use.” For instance, Verity Educate did not examine one previously used anti-Israel text, the Arab World Studies Notebook (AWSN), which Newton said it removed during the 2011-12 academic year.

The Boston-based advocacy group Americans for Peace and Tolerance (APT), however, said in May that AWSN, a Saudifinanced text on Middle East history that falsely claims Israeli soldiers murdered hundreds of Palestinian nurses in Israeli prisons, was still being used in at least three separate classes during the 2012-13 school year in Newton.

In a subsequent letter to Robert Trestan, the Anti-Defamation League’s (ADL) regional director for New England, and Jeremy Burton, executive director of the Jewish Community Relations Council (JCRC) of Greater Boston, school committee chair Hills stated that APT’s allegation was “without merit.” But Hills’s claim was seemingly refuted by a downloadable lesson plan that, at the time of Hills’s letter, remained on the independent website of Newton South teacher Faye Cassell. The lesson plan, which has since been removed from the website, contained two assignments called “Arab World Studies reading” — references to the AWSN — that were due Oct. 2 and Oct. 3, 2012, meaning that the AWSN was used in Newton during the 2012-13 school year.

Wald told JNS.org that indeed, Verity Educate had independently confirmed that some of the Mideast curriculum materials analyzed in the new report were posted on the websites of Newton teachers.

Throughout the Newton schools controversy, APT has been at odds with ADL, JCRC, and Combined Jewish Philanthropies (Boston’s Jewish federation). In October 2013, APT placed an ad in Boston-area newspapers spotlighting the presence of anti-Israel texts in Newton schools including the AWSN’s A Muslim Primer, which claims that astronaut Neil Armstrong converted to Islam but that the anti-Muslim U.S. government warned him “to keep his new religion to himself or he could be fired” from his government job; and Flashpoints: Guide to World History, which asserts that Tel Aviv, not Jerusalem, is the capital of Israel, and that Jerusalem is the capital of “Palestine.”

At the time, ADL attempted to dismiss APT’s findings, joining leaders from JCRC and Combined Jewish Philanthropies in a November 2013 statement which said that “based on a careful review of the materials at issue by ADL and JCRC, there is substantial reason to believe that the allegations made in the [APT] ad are without merit.”

ADL, meanwhile, refused to make its own findings on the teaching materials public. Furthermore, ADL officials contradicted themselves on the existence of an ADL report on Newton schools. While regional director Trestan told The Jewish Advocate newspaper at the time that a report of an ADL investigation did not exist, regional board chair Jeffrey Robbins had said, “It’s an internal report. People do this stuff internally all the time. … It involves all kinds of proprietary research.” ADL eventually released its report on the issue that December.

Wald told JNS.org that Verity Educate is “aware that there was a lot of controversy surrounding the entire issue,” and hopes that its report will “provide a new insight into the content” of the Newton curriculum and show that “neither side was really correct in what they were accusing.”

“We did not find that there was any overarching bias in these curricula,” Wald said. “We found instances of bias — instances of bias against Israel, against the Untied States, and we actually found several instances of a Neo-Orientalist perspective towards Arabs, and an infantilization of Arabs. … Our overarching finding was this lack of authoritative material.”

Giving an example of how Newton altered texts in a way that stripped them of their reliability, Wald said that when students received a handout including the text of the Palestinian National Charter, the transcription of the text from Yale University’s Avalon Project website omitted Article 2 of the charter — which says all of Palestine as it existed during the British Mandate era is an “indivisible territorial unit.”

Verity Educate also found inaccuracies in A Muslim Primer,”which Wald explained is a book intended as a beginner’s guide to Islam for practicing Christians. “[‘A Muslim Primer’] is not suitable educational material, it’s not authoritative,” said Wald. “The individual who wrote it is not a scholar of Islam.”

The book, in an attempt to sanitize the Quran’s stance on polygamy, claims that the Catholic Church is reconsidering its stance against polygamy. But Verity Educate found a footnote proving that the author of A Muslim Primer misinterpreted the Church’s position. The author drew from a source which explained that, rather than the Church broadly reconsidering its polygamy policy, some missionaries initially chose to overlook the practice when introducing African tribes to Catholicism.

“As a scholar and as a former teacher, it pains me to see students being given material that is not factually correct and comes from sources that are not authoritative, particularly sources that students would not be permitted to cite in a paper themselves,” said Wald.

Asked how the Newton curriculum compares to others Verity Educate has analyzed, Wald said she has “never seen quite so much educational material being provided to students that was not educational or did not come from an authoritative source.” She said the impact of exposing to students to such material is that they are prevented from “developing a kind of fluency in historical matters that is necessary for the subject,” adding that the Newton curriculum’s tendency to present arguments as facts hinders students’ “development of critical thinking.”

Because it is not an advocacy organization, Verity Educate will not be recommending any solutions for the Newton school district’s problems. “It’s really up to the people of Newton to decide if this is the kind of material that they want their students to be receiving,” Wald said.

A full copy of Verity Educate’s report can be requested at www.verityeducate.org/newton. 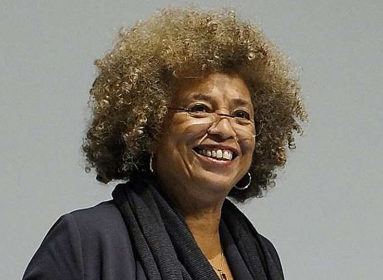 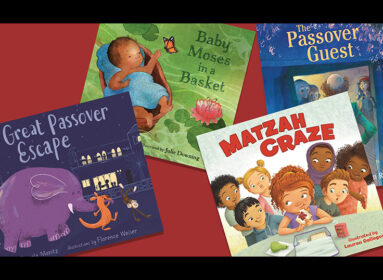 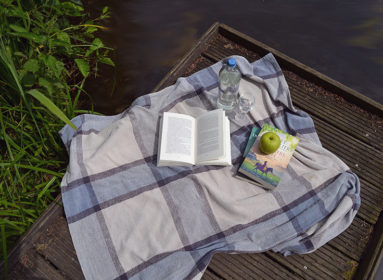 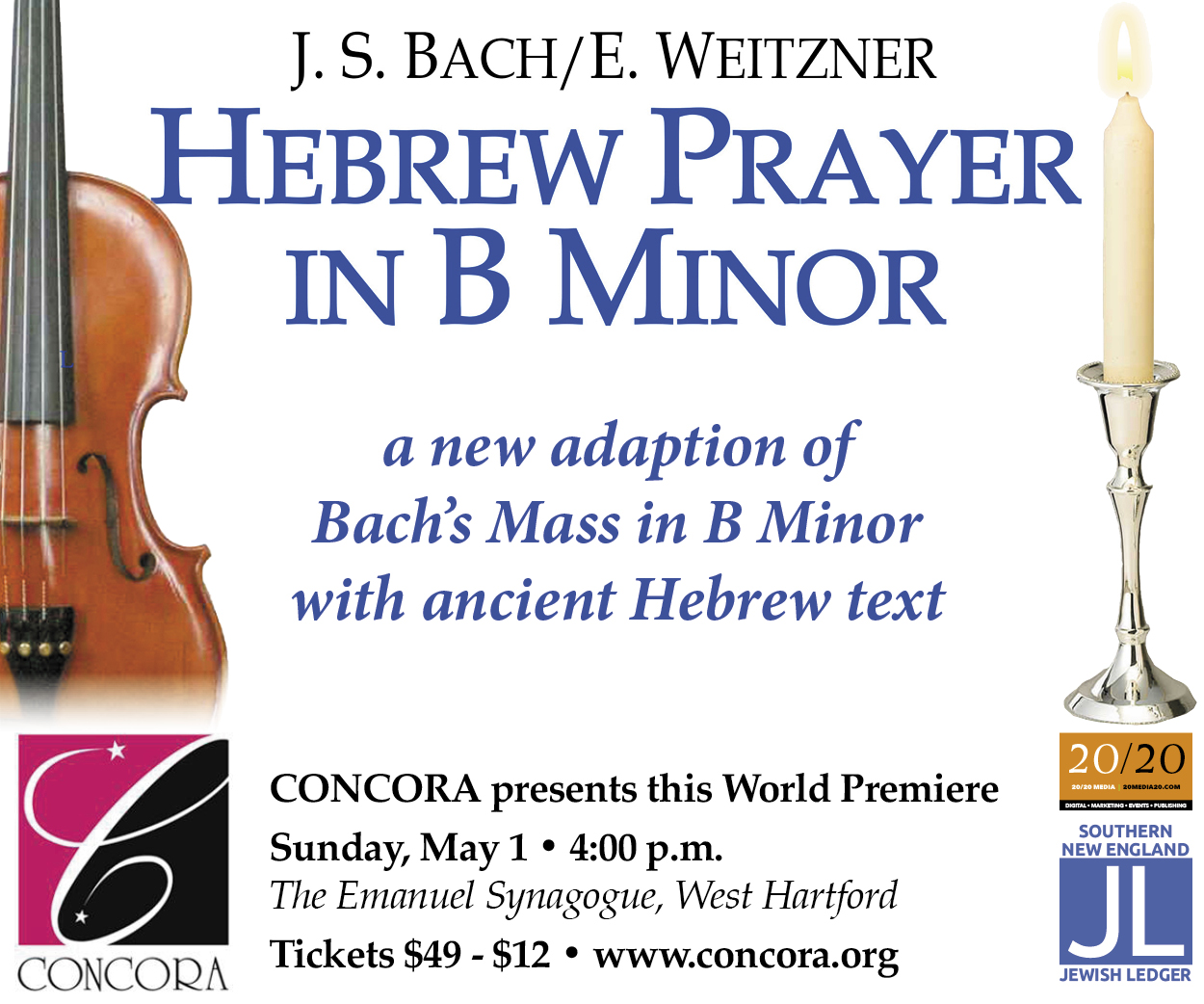 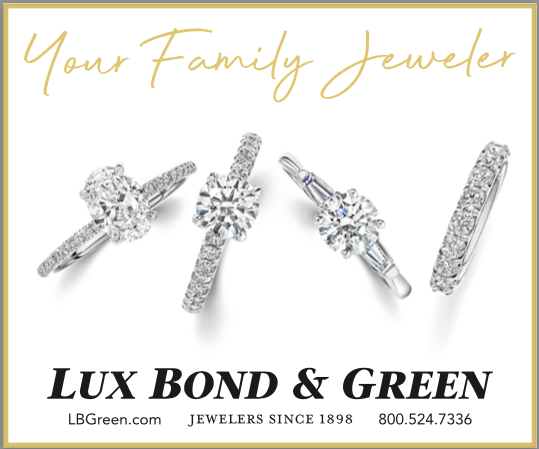 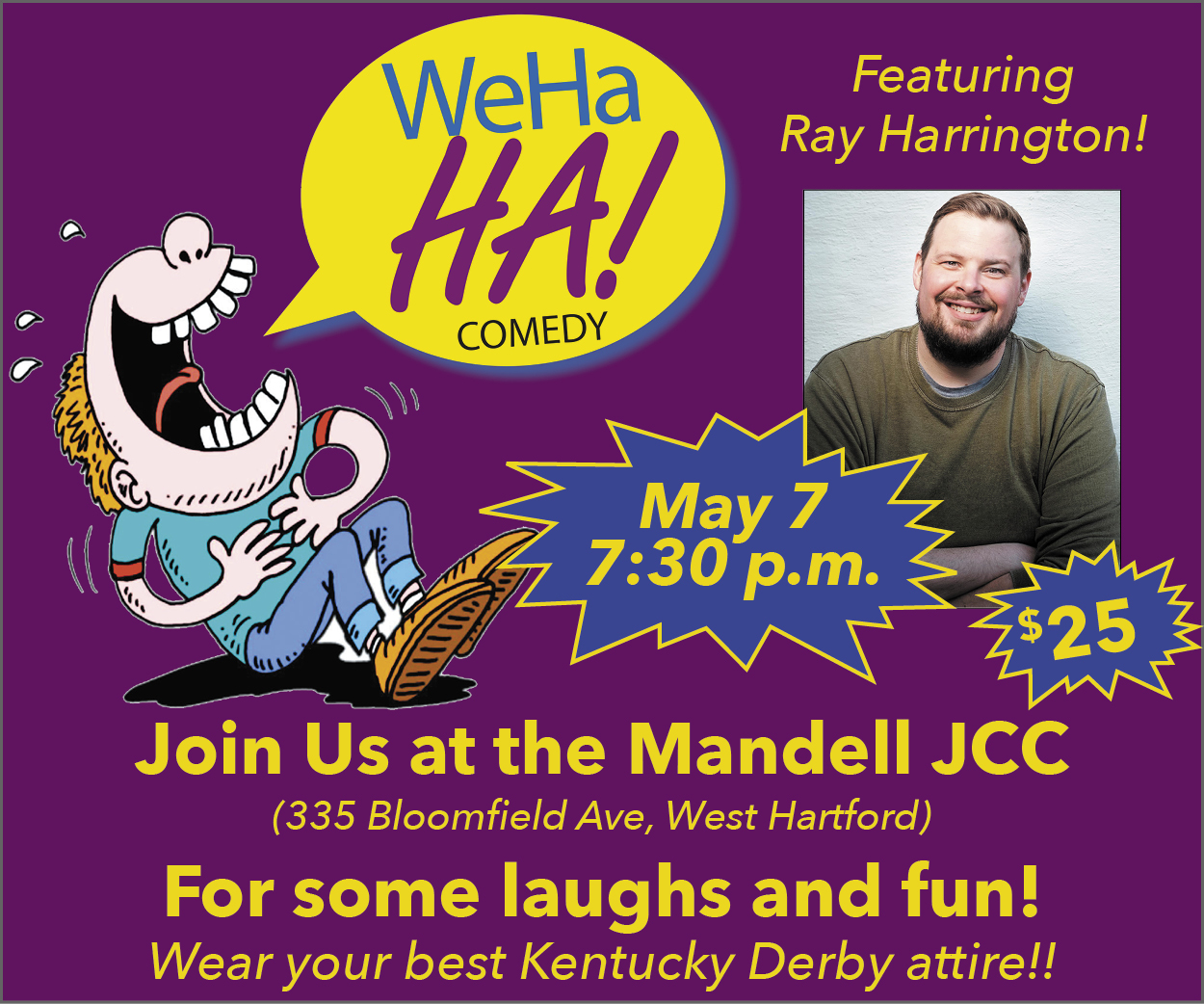 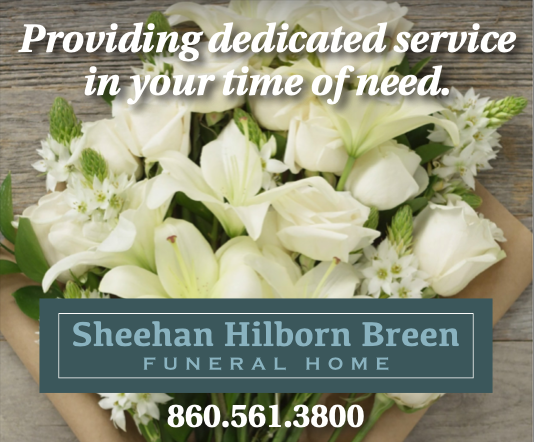 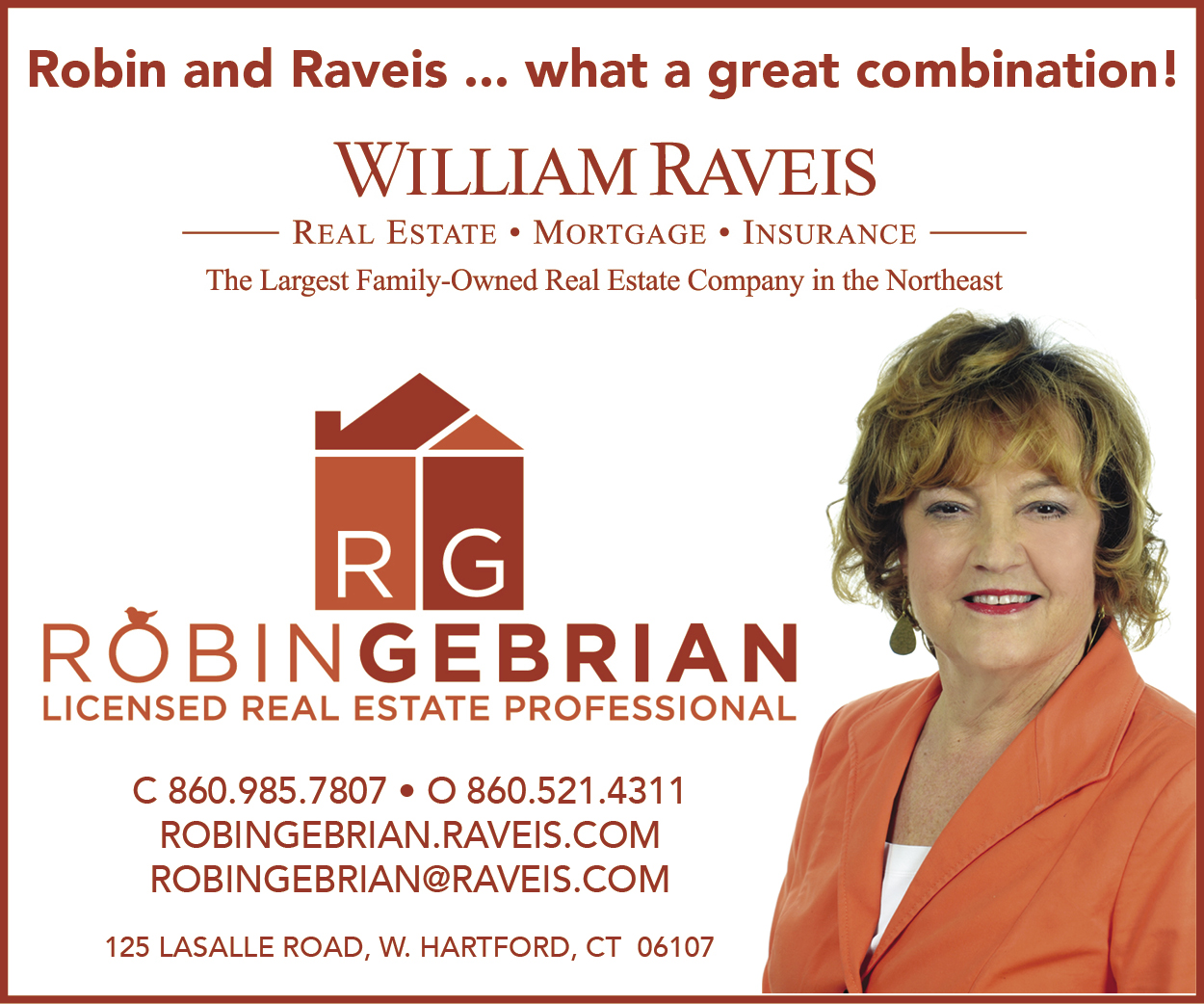 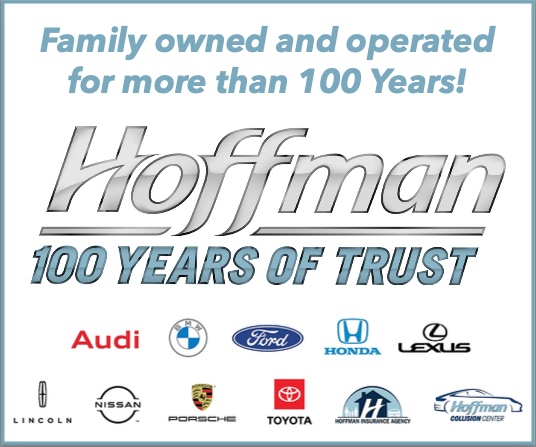 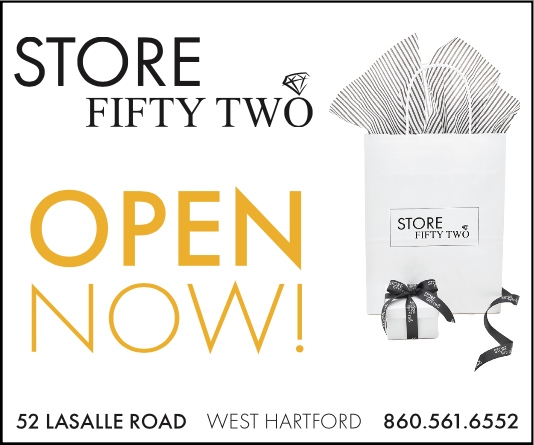