(JTA) — An international law firm has withdrawn its sponsorship of Harvard Law School student events after funds were used for a Justice for Palestine event. The Milbank corporate law firm, which in 2012 pledged $1 million over five years for the events as long as the firm was acknowledged on promotional material, took back its support in the wake of the October event, the Harvard Crimson student newspaper first reported Feb. 18.  The law firm, which reportedly has several Orthodox Jewish partners, redirected its donations from student events to other Harvard Law initiatives.

Up to 100 people affiliated with Harvard attended the lunch event, titled “The Palestine Exception to Free Speech: A Movement Under Attack,” according to the student newspaper. About $500 in funds from Milbank went for pizza and other food. The speakers, two civil rights attorneys, did not charge the group for their appearance.

In an Op-Ed published Feb. 16 in the Harvard Law Record, organizers of the Justice for Palestine event said the dean of students requested the day after the event that notice of Milbank’s funding of the event be removed from reports on Facebook and other media. In January, student groups were informed by the dean’s office that Milbank had discontinued its funding and that the office would grant funds for student group events.

Justice for Palestine warned in its Op-Ed about the dangers of such funding. “This incident should serve also as an alarming reminder of how dependent this law school has become on earmarked funding from private donors, and how such a dependency can lead to significant compromises in the quality of both the academic experience here at HLS, and in honest political discourse more broadly,” the group said. 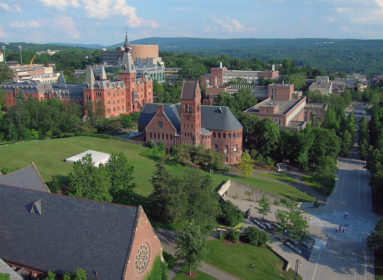