In 1956, in response to a poll about the “most undeservedly neglected” book of the preceding quarter-century, Carl Sandburg singled out From Day to Day, the eye-witness account by a non-Jew who had survived three years in Nazi concentration camps. Published in an English translation by G.P. Putnam’s Sons in 1949, the memoir by Odd Nansen had met with rave reviews, then soon forgotten. Sandburg hailed the book as “an epic narrative,” which took “its place among the great affirmations of the power of the human spirit to rise above terror, torture, and death.”

A new edition of the book, From Day to Day: One Man’s Diary of Survival in Nazi Concentration Camps (Vanderbilt University Press), edited by Timothy J. Boyce, contains extensive annotations and new diary selections never before translated into English.

Boyce, a former resident of West Simsbury, now an attorney living in North Carolina, is donating all proceeds from the book to the United States Holocaust Memorial Museum in Washington, D.C. and the Center for Studies of the Holocaust and Religious Minorities in Oslo, Norway.

Nansen, a Norwegian architect, helped establish Nansenhjelpen (Nansen Relief) to help Jewish refugees fleeing Nazi persecution. In 1942, he was arrested by the Nazis and spent the remainder of the war in concentration camps in Norway and Germany. Nansen was instrumental in helping to save Thomas Buergenthal, a 10-year-old survivor of the Auschwitz Death March who would immigrate to the U.S. and become a judge on the International Court of Justice at The Hague.

At great personal risk, Nansen kept a secret diary of his daily experiences, writing on bits of stolen tissue paper and smuggling out pages to his wife whenever he could. After surviving the war, Nansen followed in the footsteps of his humanitarian father, statesman Fridtjof Nansen, donating proceeds of the German edition of his published diary to German refugee-relief organizations. He served as a consultant to UNESCO, where he helped to create UNICEF and was the first director of what is now the Norwegian Refugee Council.

Boyce learned of Nansen from Buergenthal’s memoir, A Lucky Child, which mentions the secret diary. He then tracked down a copy of the 1949 English version, starting with one entry per day and soon becoming completely immersed in the memoir. “At the same time, the feeling grew in me— how could such a magnificent book be so scarce, and out of print for over 60 years?” Boyce writes. “More importantly, what a travesty that such a book could be so totally forgotten, with almost no one aware of its existence?” He decided to get the book back into print, devoting the next five years to his mission. Buergenthal contributed the preface to the resulting edition.

In a review of the new edition for IsraelNationalNews.com, Op-Ed and Judaism Editor Rochel Sylvetsky writes, “The book is undeniably a masterpiece, filled with black and white drawings by the talented author that are the perfect and often macabre accompaniment to his story, but it also has significance that goes far beyond absorbing the horrendous, careful and meticulously detailed description of the three years that … Odd Nansen spent in German camps.”

Bloomfield resident Irene Levin Berman, author of two books on Norwegian Jews in the Holocaust, was contacted by Boyce during his research.

“Odd Nansen was a friend and collaborator of my father at the very beginning of the war,” says Berman, who survived the Holocaust in Norway with her immediate family. “My father’s youngest brother, Leonard Levin, unfortunately followed Nansen’s path later during the war when they were imprisoned together in northern Norway, and later in a concentration camp. Sadly, my Uncle Leonard didn’t survive. His photograph is included in Timothy’s book.” 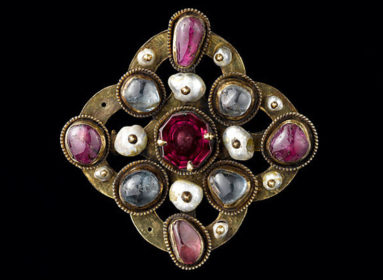