(JTA) — The Trump White House was involved with concocting a Fox News article that linked the death of a Jewish Democratic National Committee aide with WikiLeaks, according to a lawsuit filed by a private investigator who repeatedly discussed the case on Fox News.

The private investigator, Rod Wheeler, alleges in his suit, filed Tuesday, that Fox News and Trump supporter Ed Butowsky, with the blessing of the White House, pressed ahead with the unfounded rumors about Rich’s death in order to shift public attention away from an FBI probe into the Trump administration’s ties to the Russian government.

Rich, a 27-year-old Nebraska native, was shot dead while walking home before dawn on July 10, 2016. Police have speculated that he was the victim of a robbery gone awry. Rich’s body was found about a block from his Washington, D.C., home with his wallet, watch and cellphone still in his possession.

Conspiracy theories about his death gained traction on right-wing news sites. In May, Fox published stories based on unfounded allegations that Rich was targeted because he was leaking information to WikiLeaks that would damage the DNC. The news channel removed the articles a week after publication, claiming the initial story “was not initially subjected to the high degree of editorial scrutiny we require for all our reporting.”

According to Wheeler’s suit, Butowsky, a Dallas wealth manager with ties to White House adviser Steve Bannon, met with Sean Spicer, then a White House spokesman, to inform him about the article involving Rich. The lawsuit also alleges that Butowsky, who appeared on Fox News as a Republican surrogate, bragged that President Donald Trump had looked at drafts of the article prior to its publication.

Butowsky told NPR his comments had been a joke. Spicer said he was not aware of Trump being involved with the story, according to NPR.

Wheeler also alleges that a Fox News reporter made up quotes attributed to him as part of its reporting on the Rich case.

The president of Fox News, Jay Wallace, told NPR that there was no “concrete evidence” that the network’s reporter, Malia Zimmerman, attributed false quotes to Wheeler.

In August, WikiLeaks offered a $20,000 award for information leading to the conviction of Rich’s killer. WikiLeaks founder Julian Assange in an interview on Netherlands TV suggested that Rich may have been a source for the leaks clearinghouse, reigniting conspiracy theories. 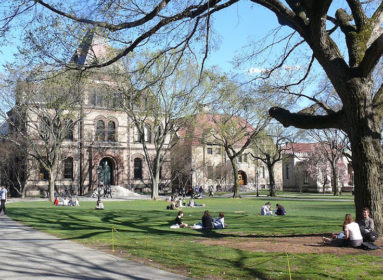