(JTA) – The African National Congress, South Africa’s ruling political party, compared Israel’s actions on the Gaza border to Nazi Germany’s actions against the Jews. The ANC in a statement said, “We watched in complete disbelief as a people, who continuously remind us all about the hate and prejudice Jews went through during Hitler’s anti-Semitism reign, will exhibit the same cruelty less than a century later,” the statement said, adding that the ANC once was the “target of a Nazi-like Apartheid regime.” It said it would never accept another country’s government that “regards other human beings as insignificant.”

South Africa on Monday, May 14 announced its ambassador will leave Israel “until further notice.” Two South African Jewish umbrella groups, the South African Jewish Board of Deputies and the Zionist Federation, in a joint statement slammed the government’s decision to withdraw the country’s ambassador, saying that it is “outrageous and displays gross double standards by our Government against the Jewish state.”

The groups said that while they “regret the loss of life of civilians, we recognize that Israel as a sovereign state has the right to defend its own border and its own citizens. Israel is facing a real danger with the incitement by Hamas of its own population to storm the security fence and attack Israeli civilians.” The groups also said, “The rhetoric used by the government has already spilled into anti-Semitic comment on various social media platforms and the biggest losers are the South African Jewish community and other peace-loving South Africans.” 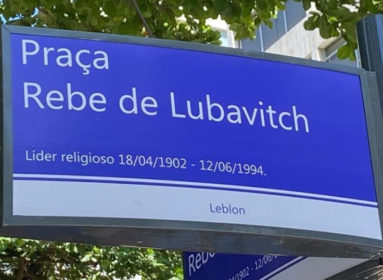