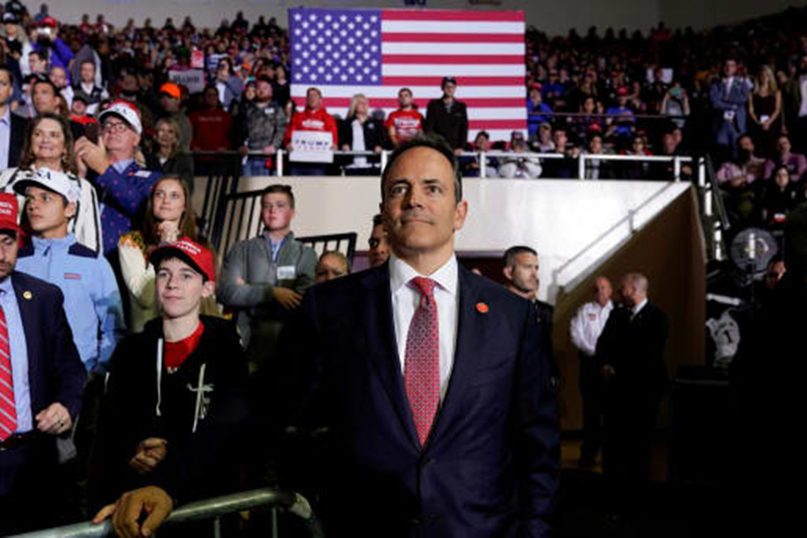 (JTA) — Kentucky’s Gov. Matt Bevin had harsh words for ProPublica after the investigative journalism site announced it had teamed up with Louisville’s Courier-Journal on Wednesday, Dec. 12, on a joint reporting project. Bevin later had to deny that his attack was antisemitic, despite the fact that he singled out ProPublica’s Jewish funders in a YouTube video. Among the funders Bevin names are the founders of ProPublica, Herbert and Marion Sandler, who have given over a billion dollars to largely progressive philanthropic causes, and billionaire George Soros, a frequent target of right-wing conspiracy theories. Bevin calls him “George (I Hate America) Soros.” “This is the sad reality of the Courier-Journal, which pretends that it’s an actual news organization or a publication, is so remarkably biased they are now full in bed with this particular organization,” Bevin said in the video. In a tweet in which he included the video, Bevin wrote: “OUTRAGEOUS. ProPublica, a left-wing activist group funded by the likes of George Soros, is now funding . . . ‘investigative reporting’ at the @courierjournal. Is this the future of journalism?”

ProPublica’s director, Richard Tofel, suggested Bevin’s attack was “dog whistling antisemitism in which he can’t manage to use the word ‘Jewish.’” ProPublica, a non-profit, has on multiple times joined with mainstream media outlets in long investigative pieces and won several Pulitzer Prizes. The Courier-Journal is one of seven local papers selected to work with ProPublica to investigate an unspecified state government program.