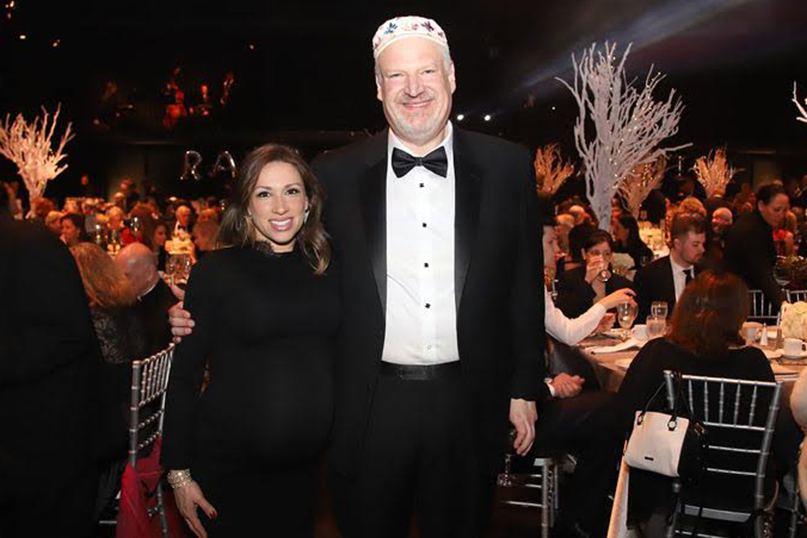 It was 1995 and he was just finishing rabbinical school at the Jewish Theological Seminary in New York City, when Rabbi Mitch – as he is affectionately known – was tapped by Rabbi Hillel Silverman, then Temple Sholom’s senior rabbi, to serve as director of education of the Conservative congregation’s religious school. Just a year later, in 1996, Rabbi Mitch rose to become the congregation’s assistant rabbi and, in 2001, was named senior rabbi.

In addition to leading Temple Sholom, Rabbi Mitch has been actively involved in the local interfaith community and is the leader of the Greenwich Fellowship of Clergy and co-founder of the Sholom Center for Interfaith Learning and Fellowship. A regular contributor to the Greenwich Time, he is also co-author of The Encyclopedia of Judaism for Facts on File.

As emcee of the celebratory evening, Fox 5 News anchor Stacey Delikat recalled her days as a student in Temple Sholom’s religious school when Rabbi Mitch joined the congregation’s clergy – noting that several years later the rabbi officiated at her wedding.

“As Rabbi of Temple Sholom, I feel as if I’ve grown up here,” the rabbi told those gathered. “It is truly a sacred marriage – a relationship full of reciprocity, compromise and patience. I cherish the connections I have made and am grateful for the love and support I have received over the past 25 years.  May we all go from strength to strength.”

Rabbi Mitch and his wife Roseanne, are the parents of four children, Simon, Naomi, Ezra, Faith, and son-in-law Cody.