(JTA) – The trailer for “An American Pickle,” the upcoming movie in which Seth Rogen plays a 1920s Jewish immigrant who falls into a pickle vat and wakes up 100 years later, shows Rogen playing both main characters: Herschel Greenbaum, the poor ditch-digger from “Schlupsk,” a fake region of Eastern Europe, and Ben Greenbaum, his great-grandson who works as a computer programmer in modern-day Brooklyn. Based on a short story by Simon Rich, the film tells the story of Herschel, who wakes up in the future, as he attempts to get Ben to start a pickle business with him after Ben loses his job. The trailer suggests a wealth of Jewish references. In one snippet, the two are shown talking about how polio has been cured. Ben says the doctor who discovered the cure was named Jonas Salk. Herschel asks if he was a Jew, and when Ben says yes, Herschel pumps his fist. The movie is out on HBO Max on Aug. 6. 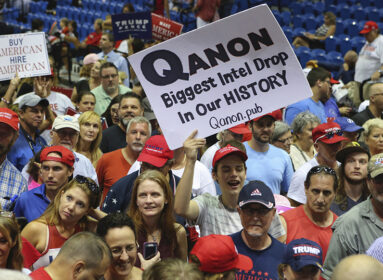 Malcolm Hoenlein stepping aside as Conference of Presidents chief