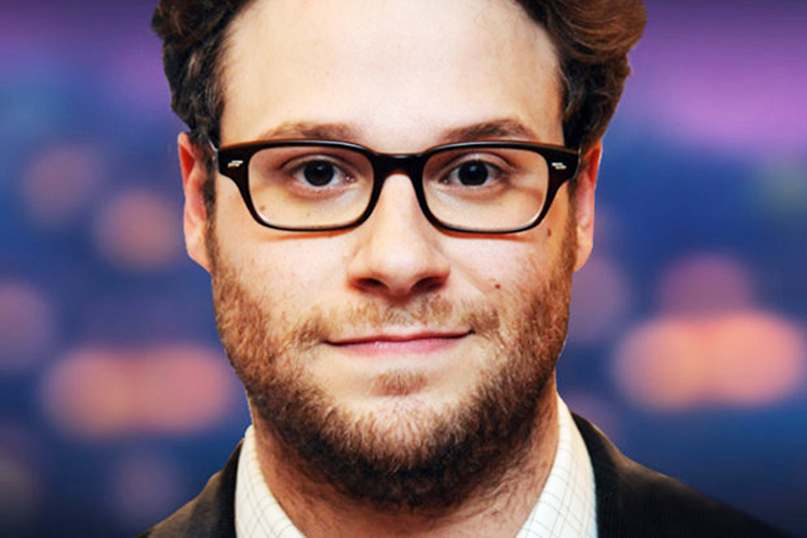 I know that you’ve never claimed to be a historian, a theologian, a philosopher or a scholar. You’re a famous actor and comedian. Until two weeks ago, you pretty much stuck to the areas of your expertise.

I can’t blame you for going on Marc Maron’s podcast to plug your new movie – after all Maron has more downloads than any cable show has viewers. Your new film, An American Pickle, is a pretty far out fantasy with a Jewish “hook” that might even have an important message. It’s the story of a simple Jewish man named Herschel Greenbaum who works in a pickle factory in Brooklyn, falls into a vat of brine and stays there perfectly preserved for 100 years until he comes back to life to be with his great-great-grandson Ben in contemporary Brooklyn. I have no inkling how you developed the idea but to my mind it certainly would make for an interesting opportunity to focus on the link between generations as well as the mystical and miraculous reality of Jewish survival.

Seems that was wishful thinking on my part. Seth, you spent an hour of prime time with many millions of listeners savaging your fellow Jews, misrepresenting Jewish history, defaming Israel and Israelis, slandering Judaism and, in your own words, testifying that “religion is silly” and “for the preservation of the Jewish people it [Israel] makes no sense.”

I can’t help but wonder how your grandparents who taught you about the reality of antisemitism would feel about your performance if they could have been “pickled” and returned to life like the hero of your film. What I can tell you though is the absolute glee of Jew haters in the aftermath of your hour of shame. Mondoweiss, a left-leaning news website co-edited by journalists Philip Weiss and Adam Horowitz – two Jewish founders who describe themselves as progressive and anti-Zionist – reacted to your statements with the bold headline “Israel Is Ridiculous, Antiquated and Based on Ethnic Cleansing, Seth Rogen Says, But He’s Afraid To Tell Other Jews.” But obviously not afraid enough to prevent him from sharing his views on the most listened-to podcast in the world.

Seth, I don’t mean to swell your ego but in a celebrity-driven culture such as ours, what you say matters, and what you claim as truth can unfortunately influence the thinking of countless people. You have an obligation to think before you speak and to have some familiarity with facts before you libel people. How terrible, you shared with millions, that you were “fed a huge amount of lies about Israel my entire life! They never tell you that – oh by the way, there were people there. They make it seem like it was just like sitting there, like the (obscenity) door’s open they forget to include the fact to every young Jewish person.”

I understand that you’re not a scholar, Seth. It seems that it comes as a shock to you that there were in fact people other than Jews living in Palestine. Let me explain that to you how that happened.

We just finished commemorating Tisha B’Av, the ninth day of the Hebrew month of Av. For thousands of years Jews around the world have fasted and observed a day of mourning. We weep for what we once had. Our ancestors settled in the land God promised to Abraham in biblical times. There 12 tribes became a nation. There we had prophets who taught us as well as the rest of the world how to live lives of holiness, of justice and righteousness. And there we built a temple to the Almighty in order to bring His presence down to earth and His values and wisdom to serve as beacon for all mankind.

It was on Tisha B’Av that the Babylonians destroyed that temple and sent us into our first exile. But we wept by the rivers of Babylon and we would not forget our homeland. We returned and rebuilt. We saw the glory of yet another temple. And once again we learned that those who serve as the conscience of the world will be hated. The second Temple was destroyed by the Romans and in a striking coincidence – or as we see it the serendipity of God’s management of the universe – the date of the tragedy was once more the ninth of Av. Again we were forced into exile.

History had a remarkable sense of irony. The first Crusade was declared by Pope Urban II on July 20, 1095, leading to the death of 1.2 million Jews. The Hebrew date? Tisha B’Av. In 1492, the Golden age of Spain came to a close when Queen Isabella and her husband King Ferdinand ordered that the Jews be banished from the land “for the greater glory of the church and the Christian religion.” The edict of expulsion gave the Jews exactly four months to the day to put their affairs in order and leave the country. The Hebrew date on which no Jews were allowed any longer to remain in the land where they had enjoyed welcome and prosperity for centuries? Of course, Tisha B’Av.

And yet Jews never despaired. We never gave up on our “silly religion” or our claim to our national homeland – a place, Seth, you seem to think we don’t need because we can rely on other safe havens in spite of our history of oppression, exile and Holocaust.

When Dr. Chaim Weizmann, later to become the first president of the state of Israel, met with Lord Balfour, former prime minister of UK, and explained to him the Zionist idea, Balfour asked him why the Jews were opposed to the Uganda Plan as a substitute for Palestine. Wiseman responded: “Lord Balfour, suppose that I would offer to you Paris instead of London, would you accept?” “But,” Balfour said, “Dr. Weitzman, London is ours.”

“That’s true,” Wiseman answered, “but Jerusalem was ours when London was still a swamp.”

Seth, maybe you really should study a little more about the history of your people. Yes, other people were in Palestine. But even a Jew-hating world somehow miraculously recognized, first by way of the Balfour declaration and then with United Nations recognition, that amidst a sea of newly created Arab countries Jews had a right to at least a tiny sliver of land they could call their own, harking back to thousands of years of linkage, physical, spiritual and emotional.

The following story is probably apocryphal but its message is a truth, Seth, that should speak directly to your heart. Napoleon was once walking through the streets of Paris on Tisha B’Av. As he passed the synagogue he heard the sounds of crying and mourning. “What’s this all about?” Napoleon asked. An aide explained that the Jews were mourning for the loss of their temple. “When did this happen?” Napoleon asked. The agent replied, “About 1700 years ago.”

Napoleon was incredulous. “Certainly a people which has mourned the loss of their temple for so long,” he said, “will merit to see it rebuilt.”

This Tisha B’Av, I wept for the two temples destroyed and the many other tragedies that were the result of horrors inflicted on us by others. I cried for the insensitivity, the thoughtlessness and – I hate to say it – the stupidity of our own people. How painful that post-Holocaust Jewry fails to recognize that suicide may be just as destructive as murder.

Seth, would you allow me to guide you and to help you find out why you are so gravely mistaken about Israel, about Judaism and about the Herschel Greenbaum you really are in the depths of your soul?

I would welcome the opportunity to learn with you.

This article is reprinted with permission of aish.com.

Rabbi Benjamin Blech, a frequent contributor to Aish, is a professor of Talmud at Yeshiva University and an internationally recognized author, educator, religious leader, and lecturer.