Is resigning in protest becoming a Jewish tradition? 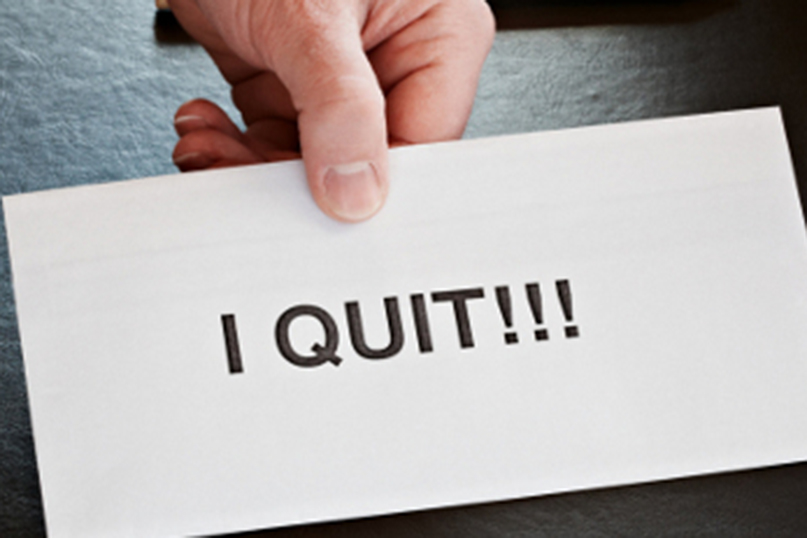 With her recent resignation from The New York Times, Bari Weiss joined a small but distinguished group of American Jews who have resigned in protest from positions of stature, choosing to sacrifice their self-interest for the sake of principle.

Weiss, a prominent commentator on Jewish affairs and antisemitism, was hired by the Times three years ago to provide a more centrist perspective within an editorial staff that mostly leans further to the left. In her letter of resignation, Weiss reported that she had been the target of “constant bullying by colleagues who disagree with [her] views.”

Weiss’ harassers called her “a Nazi and a racist” and harangued her for “writing about the Jews again.” In the Times’ internal discussion forums, she was “openly demeaned” by co-workers who said she “needed to be rooted out.” Even staff members who were “perceived to be friendly” with Weiss found themselves “badgered” for associating with her.

The Weiss resignation brings to mind a handful of others who have sacrificed their professional positions for matters of conscience.

One was Mark Siegel, a former executive director of the Democratic National Committee, who served as President Jimmy Carter’s liaison to the American Jewish community. In 1978, Siegel was assigned the task of convincing Jews not to oppose Carter’s planned sale of sophisticated military aircraft to Egypt and Saudi Arabia.

National Security Council briefers told Siegel that the aircraft were intended for civilian purposes, but when he shared that information with the audience at a United Jewish Appeal meeting, he was roundly booed. Surprised by that hostile reception, Siegel checked with the Defense Department and was informed that the aircraft in question were, in fact, “the best-fighter-bombers in the world.” A few days later, Siegel submitted his letter of resignation and shared it with the press. In an interview with The Washington Post, Siegel said that resigning in protest was the obvious step. “Whenever you’re in any kind of position in life and there are things you cannot do, you don’t do them,” he said.

Walter Reich, executive director of the United States Holocaust Memorial Museum, felt the same way. The “thing” he could not do was escort Yasser Arafat on a tour of the museum. State Department official Aaron Miller came up with the Arafat tour idea in 1998, as a way of trying to improve the terrorist leader’s image in the eyes of the Israeli public. “To many Israelis, among the worst of the Palestinian transgressions was Holocaust denial,” Miller later wrote. “What better way to counter Holocaust denial than by having the alleged denier in chief visit the museum?”

The invitation was first cancelled after a backlash, but then extended again. Dr. Reich was ordered by the museum’s leadership to welcome Arafat and accompany him on the tour. “I refused,” Reich later recalled. “I told them the museum mustn’t be used as a political tool and I wouldn’t be part of that. I said it was a matter of conscience in a museum of conscience. I knew that such a refusal constituted an act of resignation. But I felt that the principle of protecting the museum – and, more importantly, the memory of the Holocaust dead – was more important than holding onto my job.”

Reich lost his job. Ironically, Arafat backed out of the tour at the last minute, when the eruption of the Monica Lewinsky scandal diverted the Washington press corps on the morning of his planned visit to the museum – thus confirming that he was interested only in the photo-op, not actually learning about the Holocaust, exactly as Reich had warned.

In an oped 12 years too late to save Reich’s job, Aaron Miller admitted that his Arafat plan was “one of the dumbest ideas in the annals of U.S. foreign policy,” but only because he failed to foresee that it would set off a storm of protest. Reich told me in an interview that Miller has never apologized to him. In his oped, Miller did not even acknowledge the price that Reich was forced to pay for Miller’s actions.

Andrew Tarsy’s experience had a better ending. Tarsy, the New England regional director of the Anti-Defamation League (ADL), put his job on the line in 2007 by publicly dissenting from the national ADL’s position regarding Turkey’s mass murder of 1.5 million Armenians. The official ADL line was to refrain from calling it genocide for fear of offending the Turkish government.

Despite the risk to his job and possibly career, Tarsy publicly acknowledged that the slaughter of the Armenians was genocide. For the sin of telling the truth, Tarsy was fired the very next day. “I was not the least bit surprised,” Tarsy told me recently. “But I asked myself, how can we sustain a recognizable moral tradition and presume to lead on any subject of significance in Jewish life or American civic life while being complicit in the denial of a genocide? I knew I could not.”

An outcry in the Jewish community resulted in Tarsy’s reinstatement, however; and the national ADL eventually changed its position and accepted the historical reality of the Armenian genocide.

Bari Weiss’ high-profile clash with The New York Times will no doubt make her unwelcome in some segments of the media world, and complicate her professional prospects. But whatever Weiss’ future holds, one thing is certain. She has already ensured that she will have what Mark Siegel, Walter Reich, and Andrew Tarsy earned with their principled resignations: a clear conscience.

This essay was originally published in The Algemeiner and is reprinted by permission of the author.

Dr. Rafael Medoff, the director of the David S. Wyman Institute for Holocaust Studies, is a historian and author of more than 20 books about Jewish history, Zionism and the Holocaust.