(JTA) – Labour has decided to reinstate Jeremy Corbyn, the British party’s former leader, as a member after his suspension for allegedly downplaying the party’s antisemitism problem. Five members on the National Executive Committee of Labour decided to reinstate Corbyn after meeting for several hours on Tuesday. Early reports about the decision did not offer the committee’s reasoning for the move.

The decision came shortly after Corbyn issued a statement apologizing for his reaction to last month’s finding by Britain’s racism watchdog that antisemitism was present within Labour’s ranks under Corbyn’s leadership. His successor, Keir Starmer, suspended Corbyn from the party after he said, “One antisemite is one too many, but the scale of the problem was also dramatically overstated for political reasons by our opponents inside and outside the party, as well as by much of the media.” In a statement on Facebook Tuesday, Corbyn walked back those comments. “To be clear, concerns about antisemitism are neither ‘exaggerated’ nor ‘overstated,’” he wrote. “I regret the pain this issue has caused the Jewish community.”

British Jewish groups protested his reinstatement. “The shambolic suspension and readmission of Jeremy Corbyn appears to have been nothing more than a media stunt to blunt the blow of the EHRC’s report last month, which forensically analyzed the hundreds of pages of evidence and legal argument we submitted as complainant,” Gideon Falter, chief executive of the Campaign Against Antisemitism group, said in a statement.

In response, a day after reinstating Corbyn into the party, Labour leader Keir Starmer clarified that he was not giving back Corbyn his “whip” title or allowing him to run for Parliament under the Labour banner. Corbyn will continue to serve as an independent lawmaker in the House of Commons, the Press Association reported.

Starmer’s announcement is the latest development in an internal Labour power struggle between his more centrist supporters and Corbyn’s far-left advocates, many of whom remain in the party. 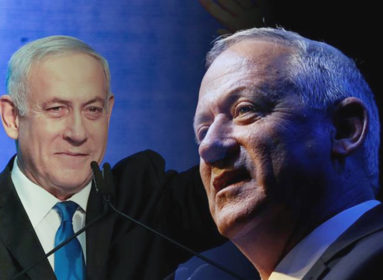 Netanyahu to meet with Gantz for unity government talks