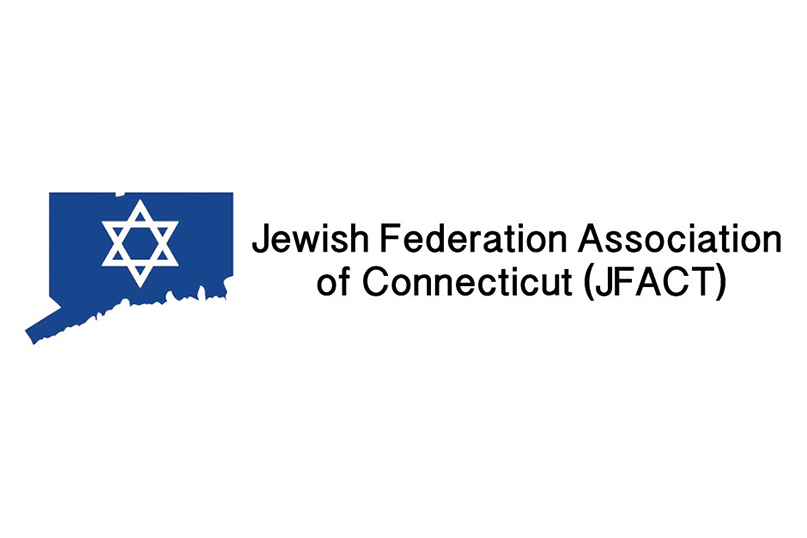 On Friday, Dec. 18, the State Bond Commission released $5 million in funds for much needed security upgrades for Houses of Worship and other threatened nonprofits. The Jewish Federation Association of Connecticut (JFACT), which led this advocacy effort, welcomed the approval of this money because nonprofits are struggling to maintain services while investing in their security measures.

Release of the funds comes at a time of increasing concern among American Jewish communities over the steep rise in antisemitism and antisemitic incidents  throughout the country, which has been well-documented by the Anti-Defamation League and the FBI.

Like other Jewish communities nationwide, Connecticut has made combatting antisemitism its number one priority. One of the manifestations of this rise in antisemitism has been an increase in attacks on Jewish communal institutions. The $5 million will allow Houses of Worship across Connecticut to help secure their buildings against a possible future attack.

“On behalf of the Jewish communities across Connecticut, we thank the Governor and other members of the State Bond Commission for releasing these funds,” said Michael Bloom, executive director of the Jewish Federation Association of Connecticut. “The State of Connecticut has a leading role to play in public safety, and these dollars will help our Jewish nonprofits increase their security measures.”

Once the program is created by the Department of Emergency Services and Public Protection, organizations will be able to apply for up to $50,000 which can be used for:

• The use of cameras throughout a building and at all entrances and exits, including the use of closed-circuit television monitoring;

• Other security infrastructure improvements and devices as they become industry standards.

“We know that the Governor and other state leaders have many pressing issues to address. We are grateful that they continue to prioritize the need to help ensure that Jewish community institutions and other threatened organizations are in a better position to protect the people they serve,” noted JFACT President Gary Jones.

Eligible nonprofit organizations will be able to apply for funds in the new year.

JFACT intends to host a webinar in the coming weeks to answer questions from Jewish non-profits about this important funding opportunity. For more information, contact JFACT at (860) 727-5701, or aweber@jfact.org.

Learning about the Seder

The new normal: What does ‘Open for Business’ mean?