The 5 most heartwarming Jewish stories of 2017

(JTA) — Political turmoil, terror attacks and natural disasters around the world: 2017 had plenty of people feeling down, for good reason. But there were also notable moments of light. Here are some of the heartwarming stories of 2017 that give us hope for 2018.

An Orthodox Jew builds bridges with his Muslim neighbors

After President Donald Trump issued his first executive order banning immigrants from seven predominantly Muslim countries, Alexander Rapaport, a Hasidic Jew, wanted to show his support for his neighbors in Brooklyn. So when New York bodega owners from Yemen went on strike in February in protest of the ban, Rapaport organized community members to put Post-it notes with messages of support on the storefront of a local store owned by Yemeni immigrants. “I just learned that they were Yemenite, and I was looking to do something in solidarity with the people affected by the executive order,” said Rapaport, the executive director of Masbia, a kosher soup kitchen network. (Photo: David Schwartz/Twitter)

When 6-year-old Ayel Morgenstern learned that her great-great-grandmother’s headstone was among the 100 toppled at a Jewish cemetery in St. Louis in February, she sprung into action. Ayel, who lives in Florida, decided in March to paint rocks to decorate headstones at the St. Louis cemetery, as well as for additional gravesites that were vandalized at a Philadelphia cemetery. In the end, Ayel painted more than 250 rocks, which she sent to the cemeteries. (Photo: Lauren Morgenstern)

A Jewish woman comforts a distressed autistic child on an airplane

During a transatlantic flight in July, Rochel Groner noticed an autistic boy crying and shrieking. The atmosphere on the flight grew increasingly tense, so Groner, a Chabad emissary in North Carolina, who with her husband runs two groups for young adults with special needs, approached the child and comforted him for about two hours. “I put out my hand, and he took my hand. It was such a surreal moment, and he just took it, and he stopped crying,” she said. “He kind of just followed me into the aisle. I walked to the bulkhead, and I sat down and I put him in my lap, and I gave him a gentle but firm hug and I just started to rock him. He calmed down.” Social media users were touched by the story. Photos of Groner holding the boy, along with a post by her husband detailing the account, received some 6,700 likes on Facebook. (Photo: Bentzion Groner/Facebook)

After Hurricane Harvey, woman distributes mezuzahs to people in need

Though flooding from Hurricane Harvey reached her door, Chava Gal-Or’s Houston home survived the storm unscathed. But that wasn’t the case for many of the members of Temple Sinai, where she works. So Gal-Or wanted to do something to help those families in need. She knew she couldn’t rebuild their houses, but then she realized she could help by collecting mezuzahs, the small scrolls traditionally affixed to the doorposts of Jewish dwellings, and distributing them for free to Jewish people in need. She started the unofficial organization Door L’Door — a play on the biblical phrase “l’dor v’dor,” which means “from generation to generation” — raising money and soliciting donations for mezuzahs, with the goal to to dispatch them to Jews in need. (Photo: Gal-Or)

Tragedy struck Simi Polonsky, the Orthodox co-founder of a modest fashion label, when her husband, Shua, died in November from a condition he had contracted only weeks before. To help alleviate her suffering, supporters quickly came to her aid — and more than 9,000 donors raised over $1 million online for Polonsky and her two young children, with a third on the way. Polonsky, who said she will continue working on The Frock NYC, wrote movingly on Instagram that the support helped her go on. “I know no one will be able to heal my broken heart, but at the times when I feel like I just cannot keep my arms raised any longer, your love and support are the rocks that hold them for me,” she wrote. “My mind boggles, when I think about the unstoppable love that ushers unto my family on a minute to minute basis.” Photo: Simi Polonsky with her late husband, Shua. Courtesy of The Frock NYC/Instagram) 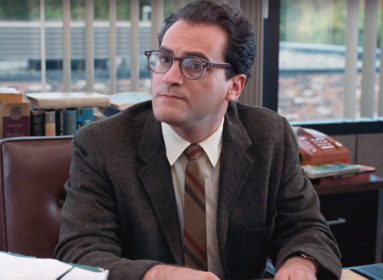