Why does the name of God not appear throughout the Scroll of Esther – unlike all of the other 24 books of the Bible, which feature His name in almost every verse?

Ki Tisa is the most theological portion of the Pentateuch. It deals with one of the most profound issues facing our religion; what is the nature of God’s involvement with the world in general and with Israel in particular? This is one of the most difficult passages in the Bible, so how should we understand chapters 33 and 34 of the Book of Exodus – the central chapters of this week’s Biblical portion? It is precisely this conundrum that we will attempt to tackle.

The Israelites certainly felt God’s involvement and protection during the period of the plagues and the splitting of the Reed Sea. They continued to sense God’s close connection when they stood at Mount Sinai and heard His commanding voice. But then, Moses absented himself and seemed to have absconded into splendid, supernal isolation with the Divine, leaving the nation bereft of both leadership and the divine presence. They panicked, and regressed into the hedonistic and destructive idolatry of the Egyptian Golden Calf. They lost their moorings!

Now, after they have accepted their punishment and are about to continue their journey, they have one crucial request: They wish God to enter into their midst, so that they will always be sure of His protective presence. They want to live in a world in which God’s supportive compassion will always be manifest, not in an agonizing uncertainty, in which God’s face is often hidden.

God has already informed them, however, that they must first “make a Sanctuary for Him” – prepare the world so that it will be ready for His presence – “and then He will dwell in their midst.” In the words of the Kotzker Rebbe, “Where is God? Wherever you let Him in.” First make a sanctuary where God can dwell, and then He will descend into its midst.

Hence, God explains to Moses, the spokesman for his nation, “I will send an angel (messenger) before you, I will drive out the Canaanites…, bring you to a land flowing with milk and honey, but I will not go in your midst” (Ex. 33:3). You will have messenger-angels who will lead you, you and they will have to make the decisions and follow through on the actions; but you will not see My face, and I will not be visibly in your midst. This is for your own good: “I will not go in your midst because you are (still) a stiff necked (stubborn and rebellious) nation, lest I destroy you on the way” (Ex. 33:2,3,5).

It is premature for you to have Me in your midst, God explains, until the nation has properly repented and is ready for redemption. God is loving and compassionate, but He has high standards. If His presence is truly in our midst, if He has no opportunity to “look away” (as it were), then He will have to punish in the same way that He rewards.

Moses continues to press, entreating, “How shall it be known that Your nation has gained Your favorable grace unless You go (on the journey) together with us (imanu), so that we may be distinguished, your nation and I, from every other nation on the face of the earth?” (ibid 16). But God doesn’t acquiesce. Yes, He will reveal the “paths” on which He wishes Israel to walk and by means of His divine Torah, He will show them how He wants them to live. He will send leaders, prophets, teachers and generals to lead them in the right direction. But they will have to follow their leaders without ever seeing God’s face or having God’s presence in their midst, until they take responsibility for their actions, repent and become worthy.

During the early Biblical period, certainly when the Israelites were in Egypt and for most of the First Commonwealth Period.  God was still very active “behind the scenes” – because, after all, the Jewish people was very much in its infancy. It was during the Second Commonwealth, and especially in our period, that God expected and expects us to initiate, to play center stage in our journey towards redemption. He promises, however, that when we truly wish to become pure, He will aid us and that He guarantees our eventual repentance and world redemption.

The Book of Esther, which we read at Purim, was written at the beginning of the Second Commonwealth, when God was expecting much more human action than Divine intervention. Hence this book begins the era of a God who will grant victory as long as we act properly and initiate wisely – as did Esther and Mordechai. 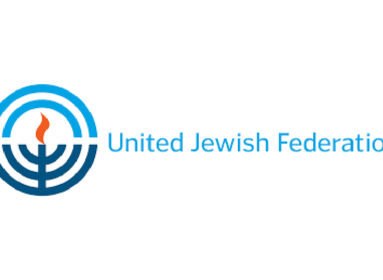