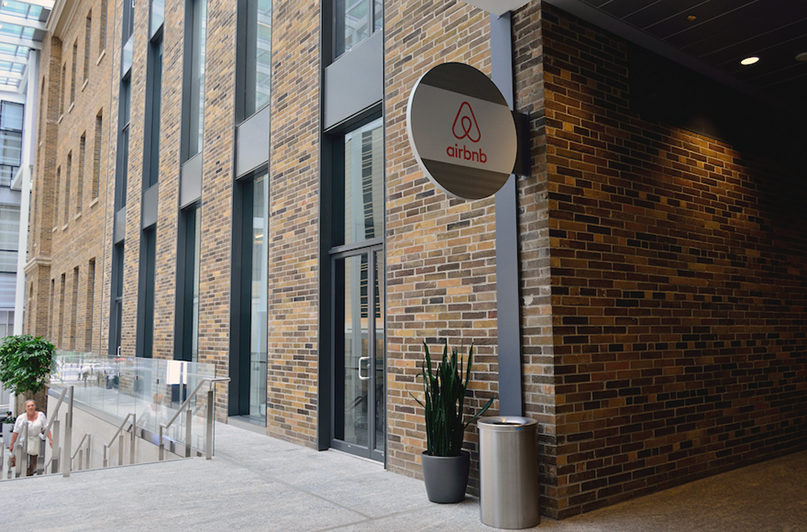 (JTA) – Airbnb will remove listings of rooms and homes for rent in West Bank Jewish settlements, the company announced Monday, Nov. 19. Airbnb said in a statement that it consulted with experts to learn about the historical disputes in the region in order to make a decision about whether it should be doing business in “the occupied territories.” The statement did not say which experts it consulted.

The company arrived at a framework for evaluating how to treat listings in occupied territories that included assessing any potential safety risks for hosts and guests; evaluating whether the existence of listings is “contributing to existing human suffering”; and determining whether “the existence of listings in the occupied territory has a direct connection to the larger dispute in the region.”

“We concluded that we should remove listings in Israeli settlements in the occupied West Bank that are at the core of the dispute between Israelis and Palestinians,” a statement on the Airbnb website said.

JTA has also learned that the next disputed territory Airbnb will be looking at under this framework is Western Sahara. Airbnb currently lists 24 properties for rent in that territory.

Human Rights Watch (HRW) has been encouraging Airbnb to delist its rentals in settlements for two years and last spoke with Airbnb in August, HRW Israel and Palestine director Omar Shakir told JTA. He said HRW welcomes the decision, and would like Booking.com, another rental site, to take the same action.

Israel’s tourism minister, Yariv Levin, called the decision “discriminatory” as well as “disgraceful and miserable,” according to a statement issued by his office. Levin ordered his office to “formulate immediate measures to limit the company’s activity throughout the country,” the statement said. He also instructed his ministry to develop and implement a program to encourage tourism and boost vacation apartments in the West Bank.

Airbnb operates in 191 countries and regions and more than 81,000 cities.

Another Northwestern building hit with swastikas

Louis C.K. to perform in Israel this summer