“Operation Wedding,” the true story of a would-be flight to freedom, to screen in Stamford, Jan. 6 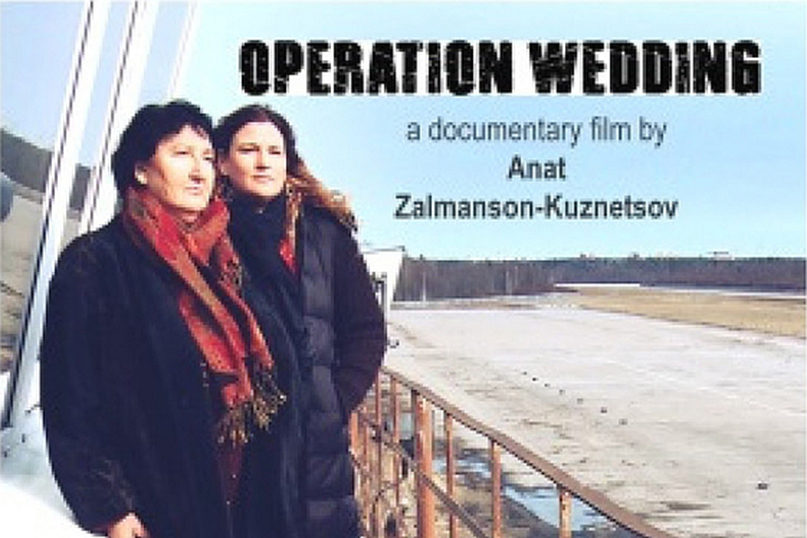 Leningrad 1970. Denied exit visas from the Soviet Union, a group of young Jewish dissidents remain trapped behind the Iron Curtain. But they have a plan. A fantasy, really. As outrageous as it is simple: Under the pretense of being members of a wedding party, the group purchases all the tickets on a 12-seater flying out of Leningrad, with the intention of hijacking the plane to Scandinavia, and then on to Israel.

But at the airport things go wrong. Just steps from boarding the plane the KGB discover the plan. The group is arrested and tried for high treason. Sylva Zalmanson, the group’s only woman, is sentenced to 10 years in the Gulag. Zalmanson’s newlywed husband, Edward Kutznetsov, receives a death sentence. Owing to international outrage, however, Kutznetsov’s death sentence is soon reduced to 15 years in a labor camp.

The Soviet press called the group “criminals,” but tens of thousands of people throughout the world, suddenly awakened to the plight of Soviet Jews, began chanting “Let my people go!”

And so, while their attempt to flee the Soviet Union may have gone down in flames; it helped spark the worldwide movement to liberate Soviet Jewry. Soon, the Iron Curtain would open a crack for 300,000 Soviet Jews wanting to flee, but the group members were held back to pay the price of freedom for everyone else.

The story of what came to be known as “Operation Wedding” is retold in a compelling, award-winning documentary of the same name that will be screened at Bi-Cultural Hebrew Academy at 2186 High Ridge Road in Stamford, on Sunday, January 6, 2019, 7:30 p.m. to 10:30 p.m. Admission to the screening is free and open to the public. Refreshments will be served.

The film’s director, Anat Zalmanson-Kuznetsov — the daughter of Sylva and Edward — will also be on hand following the screening, joining live from Israel (where she resides) for a question-and-answer session via Skype.