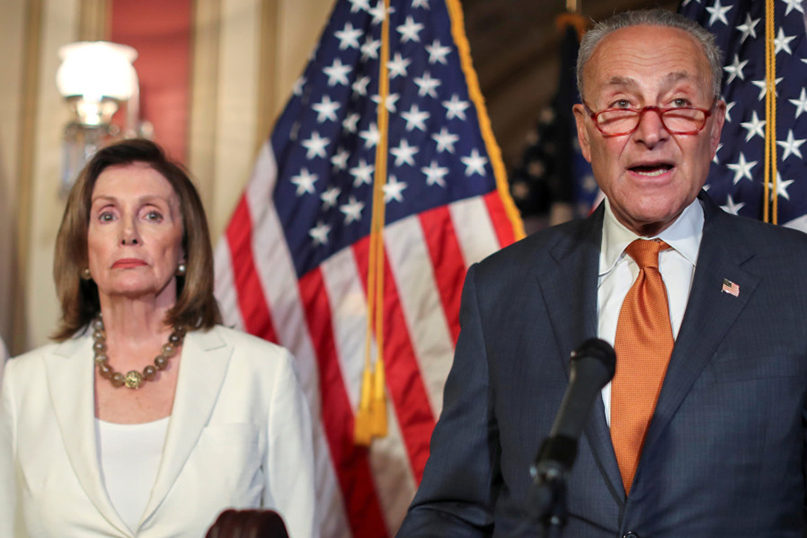 (JTA) – The two most powerful Democratic politicians in America, House Speaker Nancy Pelosi and Senate Minority Leader Chuck Schumer, will headline the annual conference of J Street, the liberal Israel lobby. The conference, which drew 3,000 people last year, is among the most prominent liberal Jewish gatherings of the year. It will take place in late October, and Pelosi and Schumer will speak on the night of Oct. 28. Pelosi recently launched an impeachment inquiry of President Donald Trump. Schumer’s presence at the conference is especially notable because he has established a reputation as a traditional pro-Israel voice in the Senate. He is a perennial speaker at the annual conference of the pro-Israel lobby AIPAC, which is to the right of J Street. He also voted against President Barack Obama’s Iran nuclear agreement in 2015, a deal that J Street strongly supported.

J Street advocates for an end to Israel’s occupation of the West Bank, and has been a frequent Trump critic. Its affiliated political action committee, JStreetPac, raised $5 million for more than 100 Democratic candidates in the 2018 midterm elections.