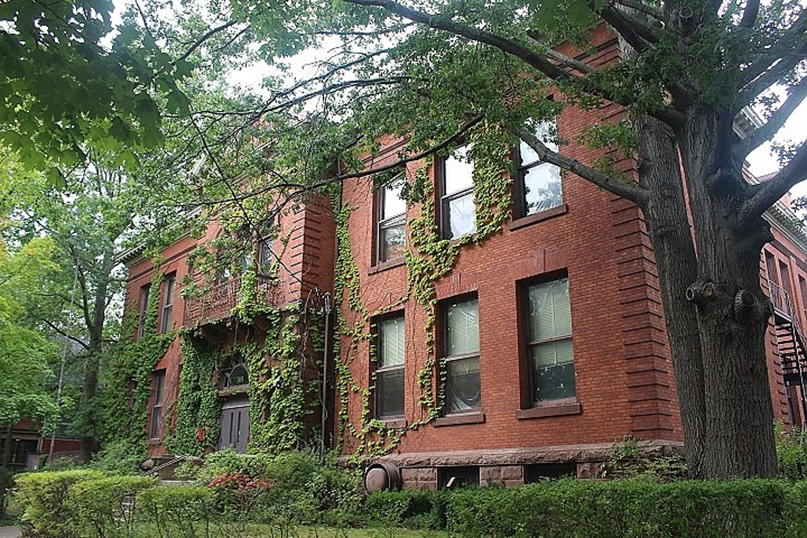 New Haven and state officials have greenlighted up to $900,000 in tax breaks for businesses that donate to nonprofit organizations controlled by imprisoned Rabbi Daniel Greer – organizations Greer has been accused of using to funnel money to himself and to avoid paying over $20 million to a former student he sexually abused.

In August, DRS announced its latest list of well over 300 qualifying nonprofits from across the state. Six New Haven-based organizations that made the cut are all controlled by Greer.

Greer has won approval for a significant number of tax credit-eligible private donations for years now by applying through a host of different corporations, and winning needed sign offs from city officials, local legislators, and state officials. His criminal case hasn’t slowed down that process.

As with their participation in the program in previous years, Greer’s companies secured those spots on the state-certified list after the city’s Livable City Initiative (LCI) and the Board of Alders first signed off on their inclusion.

From Sep. 15 through Oct. 1, for-profit companies can apply for an aggregate of up to $900,000 in state tax breaks in exchange for donating that amount of money to Greer’s companies.

This government financial assistance comes at the same time that five of Greer’s nonprofits are wrapped up in a federal lawsuit involving alleged fraud.

The lawsuit rests on allegations by a raped former student that the Greer-controlled companies have been helping Greer the individual dodge paying tens of millions of dollars owed from a 2017 civil judgment.

On August 25, a federal judge found the allegations credible enough to order the companies to not sell off or otherwise encumber any of their roughly four dozen properties – many of which are located in the Edgewood neighborhood – as the court case continues.

Polites instead sent the following statement by email Thursday afternoon, Sept. 10: “The Department of Revenue Services administers the Neighborhood Assistance Act in accordance with state statute and published guidance available on the DRS website. To the extent there are questions about an individual taxpayer, confidentiality provisions in statute prohibit DRS from disclosing taxpayer specific information.”

The LCI official who is the local point person for the state program insisted that the city’s role is purely administrative, serving as a liaison between nonprofits and the state and focusing on ensuring that all qualifying nonprofits’ paperwork is in order. She also said that the city does not conduct audits on whether or not the participating local nonprofits ultimately use the state program-enabled donations as they promise to do in their applications. She said that kind of substantive review is the responsibility of the state.

The alder who chairs the committee that recommended approval of Greer’s companies’ participation in the state tax credit program this year said that the local legislature simply acted on the recommendations and information presented by LCI. He condemned Greer’s actions, and said he would likely have voted differently if he had been aware that the imprisoned rabbi’s corporations were on the list of participating New Haven nonprofits. The full Board of Alders ultimately voted in support of including the companies on the list.

Greer is currently serving a 20-year state prison sentence (suspended after 12 years) after being found guilty in criminal court last year of repeatedly sexually assaulting Eliyahu Mirlis when the latter was a teenage student at Greer’s Norton Street yeshiva. He is currently appealing both the 2017 civil judgment and the 2019 criminal judgment. Representatives from his local nonprofits did not respond to requests for comment.

How The Program Works

The NAA tax credit program is designed to encourage philanthropic giving by for-profit businesses, and to reduce the reliance of tax-exempt nonprofits on direct government aid. Although no city money goes into the program, the state does shell out public financial support in the form of corporation business tax credits, to entities first vetted by local municipal officials.

The city draws up the list of New Haven agencies eligible each year under the program. The alders then review that list and approve it. The state Department of Revenue Services collects all the requests from municipalities, then prorates the approved donations if the donations exceed the program’s $5 million cap.

Because Greer controls six of the 30 New Haven nonprofits participating in this year’s NAA program, and because each of Greer’s nonprofits has been approved to request the maximum $150,000 in tax credit-eligible donations, the state could grant up to an aggregate of $900,000 in tax breaks for businesses that give to Greer’s companies.

Last year, Greer’s companies landed a total of $475,999.84 in tax credit-qualifying private donations through their participation in the NAA program. That was nearly two-thirds of all of the NAA-eligible donations made to New Haven nonprofits in 2019.

Three of the 2019 donors to Greer’s companies – comprising over $267,000 worth of state tax credit-eligible contributions to Greer’s companies through NAA last year – all appear to be controlled by the same Australian-based insurance corporation, QBE Insurance Group Limited. A QBE spokesperson did not respond to an email request for comment.

Ed Crowder, a spokesperson for Southern Connecticut Gas, told that the regional gas company and the regional power company UI (both are owned by the same parent company, Avangrid) have donated more than $3.8 million to hundreds of eligible state nonprofits since 2010 through the state tax credit program.

According to this year’s NAA application forms submitted to the city and state by Greer’s companies, the affiliated local nonprofits plan to raise $900,000 with the state’s help in order to fund a variety of new energy efficiency initiatives at properties they own across the Edgewood neighborhood. In their applications, each of the companies stated that it would use its $150,000 in NAA-eligible donations for improvements to their facilities such as insulation, upgrading of heating systems, energy efficient replacement windows, new furnaces, thermopane replacement windows and star energy installations, new siding, and the like.

Greer’s nonprofits also stressed in their NAA applications that funds raised through this state tax credit program are critical for providing safe, affordable, and energy efficient housing for low-income families in Edgewood.

In the 1980s and 1990s, as the rabbi’s business entities went into a buying spree, they helped revive the neighborhood around his yeshiva at the corner of Norton and Elm Streets. They renovated neglected historic homes and continued renting them out.

Those companies have more recently been accused of serving as a legal shield for Greer from having to pay $22 million to a former student whom he sexually abused.

Through a federal lawsuit first filed in 2019, Eliyahu Mirlis, who is a former student at Greer’s Edgewood yeshiva, has been seeking a “reverse veil piercing” that would hold Greer’s companies financially accountable for a debt owed by the individual, Greer, who controls them.

Mirlis wrote in an August court filing that he has been able to collect less than $240,000 so far of the $22,281,987.81 total judgment resulting from his 2017 civil suit against the rabbi. In the meantime, Mirlis alleged, Greer’s companies have transferred hundreds of thousands of dollars to Greer and his wife Sarah in the former of salary and benefits and to help cover Greer’s legal bills.

The attorney for Greer’s companies in the case, Joshua Cohen, denied those allegations. He did not respond to a request for comment by the publication time of this article.

On August 25, federal Judge Charles Haight, Jr. sided with Mirlis and granted a temporary restraining order that “enjoined” the five nonprofits from “transferring or encumbering” any of their current real estate holdings or personal property, other than to pay their employees, with the exception of Greer himself.

“The pleaded facts also state a plausible claim that Daniel Greer used his dominance and control of the five Defendants to perpetrate fraud or a wrong which proximately caused injury to Plaintiff,” Haight wrote in a July 30 decision denying the nonprofits’ motion to dismiss the case entirely.

LCI Deputy Director Administrative Services Cathy Carbonaro-Schroeter is the point person for the the state NAA tax-credit program for New Haven city government. Each year she presents a list of qualifying local nonprofits to the aldermanic Human Services committee for review.

When asked about the city’s role in allowing Greer’s companies to participate in this year’s state NAA program, Carbonaro-Schroeter argued by email that the city does not technically approve proposals. Rather, the city acts as a liaison between the state DRS and nonprofits.

“As per the requirements of the DRS program,” she wrote, “our role is limited to gathering proposals and ensuring the required documentation is provided in accordance with the DRS program guidelines. The City does not provide a ‘City Sanctioned List’ to the State for review; rather the guidelines require the City to provide to DRS the BOA Resolution and proposals. The City does not conduct any substantive review of the proposals.”

When asked whether or not Greer’s companies used the nearly $476,000 in tax credit-eligible donations they received in 2019 through their participation in NAA in the way that they said they would in their applications, Carbonaro-Schroeter said, “The City of New Haven does not audit the DRS tax program.”

She said that Greer’s companies have submitted state-mandated “post-project reviews” to the city as part of previous years’ participation in the program. She directed to the state any questions about the completion of the work described in the nonprofits’ applications.

Darryl Brackeen, Jr., who chairs the Board of Alders Human Service Committee, told the Independent by phone Wednesday, Sept. 9, that Greer’s ownership of six of the qualifying companies and the legal allegations that Greer’s companies may have perpetrated fraud “did not come up in any way, shape or form” during this year’s committee hearing on the NAA list.

“We only react and respond to the recommendations of the mayor’s office,” Brackeen said. “Had we been presented with all of the facts and information at the time, the outcome would have been totally different.”

“Obviously we do not support in any way, shape or form the actions of this heinous individual,” the alder added. “We have a strong disdain as a committee to the heinous acts of this individual.”

Main Photo: The Yeshiva of New Haven at Norton and Elm.