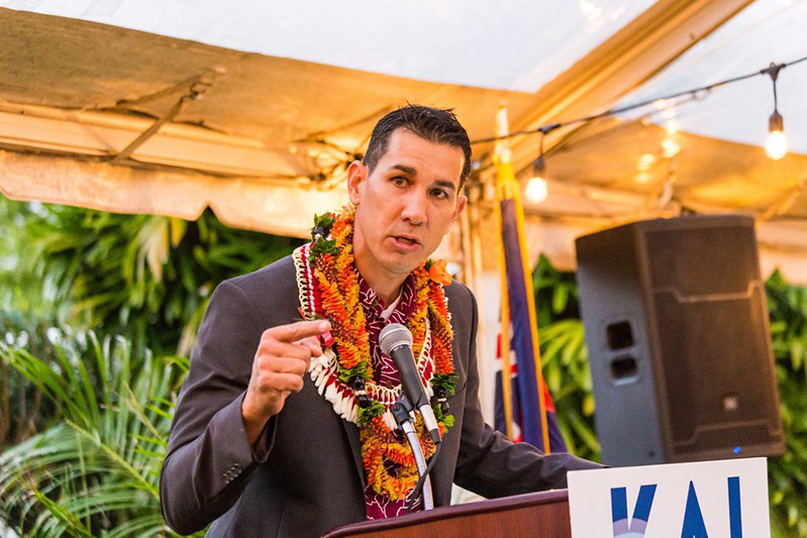 (JNS) Say ‘aloha’ to Hawaii’s newest member of Congress, Kai Kahele, who told JNS in an interview on Nov. 9 that his state “has always had a very unique relationship with the State of Israel.”

Kahele’s state boasts Jewish history and, as of 2014, was home to 7,500 Jews, not to mention hordes of tourists annually. The islands are home to several synagogues and Chabad Houses.

The 46-year-old Democrat, who is married with three daughters and was elected to Congress from Hawaii’s 2nd Congressional District, expressed his appreciation for the late Sen. Daniel Inouye (D-Hawaii), who was known as a strong supporter of Israel.

“My position is the same,” said Kahele. “And that’s an unconditional commitment to Israel.”

He remarked that “Israel is a very strong partner” and the “best example of democracy and the American values that we have in the Middle East.”

Kahele, who will be leaving his position as a member of the Hawaii Senate, has never been to Israel, though he’s “super looking forward to going.”

Between 1994 and 1997, he played for the University of Hawaii’s volleyball team, which had three Israeli players at the time whom Kahele said “became my best friends.”

One of those players was Yuval Katz, who led the university a runner-up finish in the 1996 NCAA Championship. Kahele said that befriending these players allowed him to experience some of Israel’s culture and language.

Kahele said that he reached out to those friends during his congressional campaign.

Kahele said that while there’s no moving the U.S. embassy back to Tel Aviv from Jerusalem, it’s important to ensure that Jerusalem “is a shared special place” for the Palestinians and Israel’s neighboring countries.

He called the Abraham Accords “a good step in the right direction” and “an opportunity to minimize violence, to further democracy, to ease and reduce tensions in the region, and to move that needle a little bit closer to a peaceful society and peace in the region.”

He also said combating the Iranian threat “requires the ultimate diplomacy” by using sanctions and other diplomatic tools.

Kahele, a U.S. Air Force veteran who served in Iraq and Afghanistan, said that resorting to military force should be the last course of action.

He supported the 2015 Iran nuclear deal, which the United States withdrew from in 2018, although he said it has its shortfalls. He acknowledged that Iran should never get a nuclear weapon, and that it remains the world’s leading state sponsor of terrorism.

“Everything can’t be perfect,” he said. “You can’t get everything you want.”

Still, he said, “it was a step in the right direction.”

Nonetheless, Kahele said the U.S. military “is the best thing we have to stabilize” the Middle East.

His predecessor, Rep. Tulsi Gabbard, an anti-interventionist Democrat, came under fire for meeting with Syrian President Bashar Assad, who used chemical weapons on the Syrian people and has aligned his regime with Iran and its proxies, such as the U.S.-designated terrorist group Hezbollah.

In his interview with JNS, Kahele called Assad “a war criminal,” saying “he murders and slaughters his own people.” He opposed U.S. President Donald Trump withdrawing U.S. troops from northeastern Syria.

Kahele also expressed opposition to the anti-Israel BDS movement, saying he would support legislation against it.

As for the uptick in antisemitism throughout the United States, it remains a real concern. “That’s not what the United States stands for, and we need to be a worldwide leader” in the battle against it, he said. 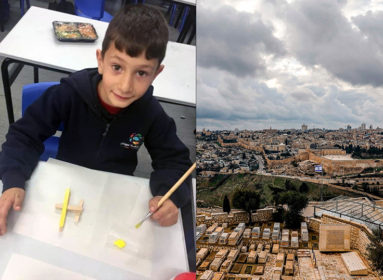