NEW YORK—A single candle is lit, memorializing the lives lost 20 years ago in the bombing of the Israeli Consulate in Buenos Aires, Argentina. Ron Prossor, Israel’s Permanent Representative to the United Nations, stands silently beside the flame.
“Their memory unites us in our grief and in our determination to never forget,” says Ambassador Ido Aharoni, Israel’s Consul General in New York, speaking to a crowd of both Israelis and Americans gathered at a memorial service in New York City on Monday night, March 26. “We are inspired. Their legacy inspires our resistance.”

Rabbi Eli Abadie was among the speakers at a memorial for those lost in the Israeli embassy bombing in Argentina 20 years ago. Credit: Maxine Dovere

On March 17, 1992, the Israeli embassy in Argentina’s capital was destroyed by an 800-pound car bomb. Twenty-nine were killed, 242 were injured. The Islamic Jihad Organization — linked to both Iran and Hezbollah — perpetrated the attack.
“Terrorism knows no boundaries,” says Aharoni. “Israel is determined to continue its diplomatic outreach and enhance understanding…  Our mission is to maintain good relations, to build bridges between nations.”
Peace, Aharoni says (paraphrasing the late Israeli Prime Minister Golda Meir) will come only when terrorists and Israel’s enemies “love themselves more than they hate us.”
“At a time when even the signs of Jewish identity can put one in danger, the unique Israeli spirit is the ultimate example of how the soul can survive heal and blossom again… Every Israeli innovation proves that our presence among the nations is vital,” he says.
Israeli Ambassador Daniel Biran was there that day in Buenos Aires. As he spoke of colleagues lost — four Israeli diplomats, 25 five others — his sorrow was evidenced by the tears his eyes could not contain.
“After 20 years, we have not forgotten,” he says.
Biran was at a meeting outside of the Israeli embassy building on the day of the attack.  Moments after the explosion, he returned to the site and began clawing through the glass and broken concrete in a determined search to find his wife. Twelve hours later, he found her in a local hospital, injured but alive.
“I realized her survival was a miracle,” he says.
Rabbi Eli Abadie, senior rabbi of the Safra Synagogue in New York, issues a demand for individual responsibility and action. When there is adversity, counsels the rabbi, strength must be found and action must be taken to overcome one’s enemies. Strength must be found in overcoming adversity, he says.
“We cannot sit and wait for a miracle,” Abadie says.
While the attacks were not as massive, this February’s car bombs targeted at Israeli diplomats in India and Georgia (where the bomb was defused) served as a reminder of the Argentinian tragedy, particularly when considering reports of Iran’s involvement.
Chairman Richard Stone and Executive Vice Chairman Malcolm Hoenlein, of the Conference of Presidents of Major American Jewish Organizations, note that 20 years later, those responsible for the Argentina attack “have not been brought to justice.”
“Warrants have been issued for Iranian leaders implicated in the attack and they have escaped accountability and justice,” Stone and Hoenlein say in a statement. “This compounds the outrage of the attack. Iran’s direct involvement is not a matter of conjecture but of fact.”
All the while, Iran’s nuclear threat and financing of terrorism hover over Israel, the U.S., and the rest of the international community.
“Iran remains the leading state sponsor of terrorism and is responsible for countless murders over the past two decades,” Stone and Hoenlein say. “Perhaps some, or even many, of the victims would have been spared had action been taken immediately against those responsible for the attack on the Israeli embassy in Buenos Aires. It is not too late. Justice cannot be compromised by time or political expediency.” 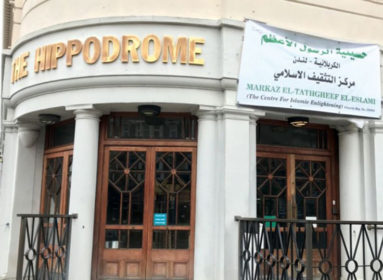 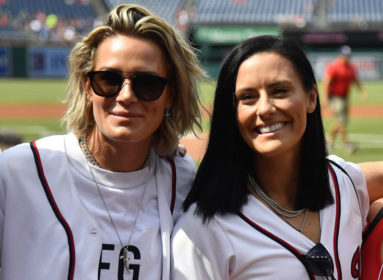