On Nov. 11 and 12, 340 companies filled 400 booths in the 80,000-square-foot exhibition hall in the Meadowlands Exposition Center in Secaucus, N.J. – all part of the 26th annual Kosherfest, the trade show of the kosher food industry.

Kosher is big business. The number of Americans who are believed to keep kosher year-round is 1.3 million, and the number of goods produced in the U.S. with a kosher symbol exceeds $300 billion in sales. More than 200,000 items on U.S. supermarket shelves are under kosher certification – with approximately 2,500 items newly certified in 2013.

As attendees approached the exhibition hall, they were greeted by a truck offering free samples of Tofutti “Cuties” – before even entering the hall! I always find it helpful to sit for a few moments with a map and schedule or even come up with a game plan. I usually set out down the aisles – in order – from booths 100 to 753. Time permitting, I might catch one of the many mincha minyans held throughout the day, or watch some of the Kosherfest 7th Annual Culinary Competition, featuring three chefs and hosted by Chef Paula Shoyer. But visiting the booths – for info and samples – is key!

It is always comforting to see old familiar ‘faces’ – Guss’ Pickles, Gold’s, Empire Kosher Poultry, and the KOF-K and Star-K kosher supervision agencies. Many of these old reliable companies are still producing new products. Manischewitz, for example, debuted its Gluten Free Brownie Mix, Gluten Free Matzo Ball Mix and gave away cans of its Kosherfest 2014 “Best New Kosher for Passover” Carrot Cake Macaroons. They also invited visitors to enter their Chanukah House Kit contest. Empire was proudly showing off their Gourmet Spicy Apple Chicken Sausage, a blend of sweet and spicy with no nitrates or fillers.

Along with the food, there was also some fun. Entertaining the crowd were two gregarious Japanese men, who spent two days making sushi at their booth to promote extra spicy Srirachi sauces: chili and spicy mayo.

Many companies are offering healthier products, often geared to such specialty markets as gluten free. ProTings chips, in such tasty flavors as key lime, sea salt and tangy southern barbeque, have 15 grams of protein in a four-ounce bag and they are vegan and gluten free. Matt’s Munchies, the premium fruit snack, is gluten free and vegan, and Mauzone Mania offer low in carbs, high in fiber treats like biscotti, breadsticks and flatters. Azuma Gourmet has been producing seaweed salad for fifteen years; for the past four years, their sesame seaweed hummus, hijiki quinoa salad and seaweed salads have been available in Costco. Deebee’s won the award for best overall new product/best new frozen dessert. Their “teapops” are organic, gluten free, pareve and only 25 to 50 calories, and come in such flavors as minty mint, tropical mango and toasted coconut.

Many products come with interesting back stories: On the market only five months, NoMoo Cookies took home the 2014 Kosherfest New Product Competition (Best New Breads and Baked Goods) for its ginger cookie. The company was launched by an architect who loved to bake. His cookies, in eight flavors, are pareve. Allie’s GF Cookies was founded in 2014 by Allison Luckman, who was motivated to create her gluten free baked goods when her son, who suffers from an egg allergy, said, “I don’t like the sweets out there – can you make it taste better?” Allie started baking him special treats. She now bakes gluten free, nut free, coconut free, kosher baked goods, including cakes, rugelach, brownies, cupcakes, mousse and more.

I was delighted to discover one company at Kosherfest from our own Nutmeg State. Raul and Marissa Felix started the Connecticut Coconut Company in 2005. Their plant is in Shelton and their warehouse is in Waterbury. Originally from the Philippines, the Felixes are eager to explain why the coconut tree is considered “the tree of life.” “You can build your house from the wood of the tree, you can drink coconut milk, and you can get oil, flour and sugar! You can live from the coconut tree and have income from it!” Their organic coconut sugar is two years old and is under Star-K kosher supervision. “The response has been very positive. Everybody loves sugar and ours is raw and unrefined,” notes Marissa Felix. 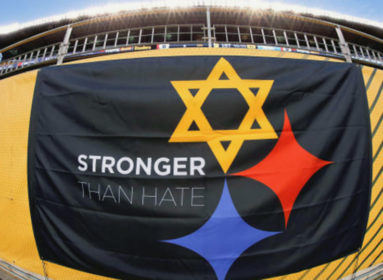