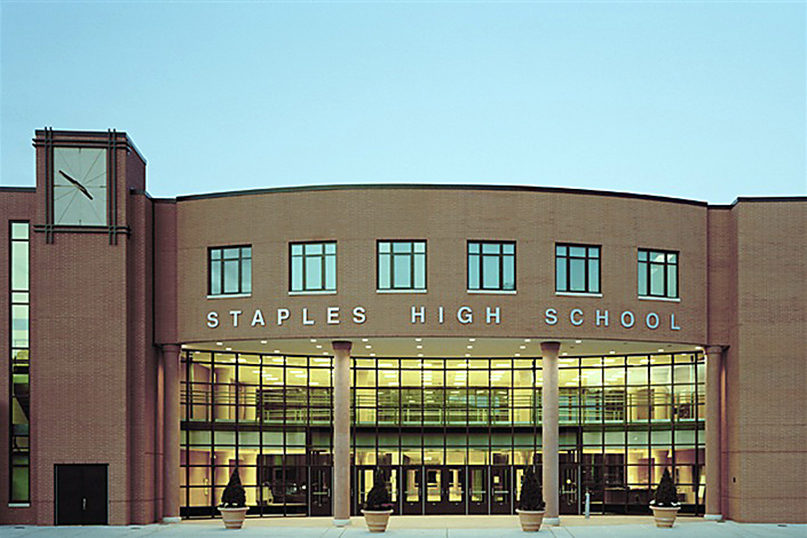 As the Ledger went to press on Monday, Sept. 16, police were continuing to investigate the discovery of swastikas and other antisemitic graffiti at two Connecticut high schools, one in Westport and one in Hamden. 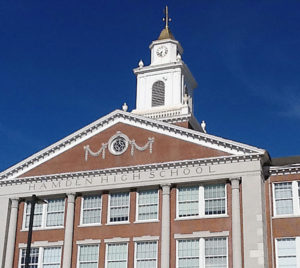 At Hamden High School, according to reports, a student found antisemitic comments and swastikas written inside two different bathroom stalls on Wednesday, Sept. 11.

At Staples High School in Westport, swastikas and Stars of David with expletives near them were found in several places. The discovery was made Thursday evening, Sept. 12, after someone noticed a swastika carved in a door of a bathroom stall at the school.

Westport police were called to the school and discovered several other swastikas in locations around the school.

In a message sent out to parents immediately following the discovery, Interim Superintendent David Abbey wrote, “We take these acts seriously and are actively partnering with the Westport Police Department as we move forward with the investigation.”

According to Abbey, the heinous symbols were removed and “the school will continue to work to create a climate where all are welcomed and valued.”

“The Hamden High School administration takes an uncompromising stance against such abhorrent, exclusionary displays and is investigating the matter alongside school security and the Hamden Police Department to identify and hold the offending party accountable,” a letter sent to parents from school officials on Wedneday evening said. “The act is in stark contrast with the character of the wider school community, which works each day to provide a safe, welcoming, and inclusive learning environment and workplace for all of its members.”

Superintendent of Schools Jody Goeler also addressed the issue in a Tweet on Thursday night, saying “I am proud of [Hamden High School’s] efforts to build a more inclusive culture and ensure there is no place for hate. Hateful behavior is not tolerated in any of our schools. Let’s stand together to support their efforts.”

Hamden police took to Facebook to encourage the community to come forward with any information they might have regarding the incident.

“Hate and hateful symbols will not be tolerated in our schools, or our community in general,” police wrote in a Facebook post. “For those affected by these recent images of hate, know that we stand with you and will investigate to the fullest. We ask anyone with information to come forward. If your students have information, please encourage them to meet with our School Resource Officers, or call the Hamden PD front desk 203-230-4030. Thank you for helping Hamden stomp out hate.”