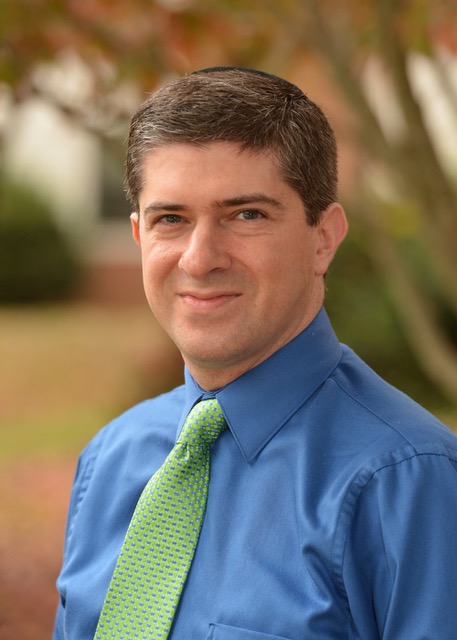 Bi-Cultural’s new upper school principal focuses “not just on what our students know, but on who they are.”

STAMFORD – In July, Rabbi Shimmy Trencher arrived in Stamford to take up his new post as principal of Bi-Cultural Hebrew Academy Upper School.

For Rabbi Trencher, the move to Connecticut was a homecoming. A native of West Hartford, he is a graduate of what was then the Bess and Paul Sigel Hebrew Academy in Bloomfield (which recently merged with the Hebrew High School of New England – HHNE – to become the New England Jewish Academy). While living in West Hartford, he also served as assistant regional director of the New England region NCSY, and as dean of students at HHNE. Prior to joining Bi-Cultural, he was principal of the Melvin J. Berman Hebrew Academy Upper School in Rockville, Maryland.

A graduate of Yeshiva University, Rabbi Trencher holds a masters in social work from the University of Connecticut.

Recently, the Ledger spoke with Rabbi Trencher about the challenges ahead and his plans to meet them.

Jewish Ledger: What motivated you to accept the position of principal at Bi-Cultural Hebrew Academy Upper School?

Shimmy Trencher (ST): I’m someone who is always looking for a way to make a difference in the Jewish community, and in particular to help Jewish students grow into their best selves. So, seeing an opportunity to take some of my previous experiences at both smaller and larger Jewish high schools and draw upon those experiences to create something new and exciting for the students, parents and community is something that I’m very excited about.

What are some of the challenges that you face?

ST: The Jewish High School of Connecticut [which merged with Bi-Cultural Day School a year ago to create Bi-Cultural Hebrew Academy] developed a reputation for having a really strong academic program and building a rigorous student-centered learning environment. Our academic program is absolutely fantastic. That’s something we’re really committed to retaining.

At the same time, there are so many opportunities to build the school through further creating and nurturing an environment that tends to the emotional, spiritual, religious and social sides of our students, in addition to the academic.

That’s really what it’s all about. Our goal is not to duplicate any other Jewish schools. Our goal is to use our own resources, our warmth and inclusivity together with a commitment for excellence, and build our own high school.

Why should a parent choose a Jewish school?

Why do families choose a Jewish school? Why would I send my child to this high school rather than any other excellent public or private school? It’s not just about academics. A strong academic program is not in and of itself enough; it’s a prerequisite, but it’s not enough.

The truth is, people choose a Jewish school because they want the academics and also because they want the Jewish life. They want their children to become literate Jewish citizens, and they want them to be able to engage with Jewish texts and ideas at the age at which they’re ready to form their own opinions. The time between the end of middle school and the end of high school is the time when students are stepping out intellectually. They’re still living at home and able to be guided, but they’re developing their independent thinking. I say to parents of middle schoolers that in four years they’re going to be going off to college. They’re going to be on their own in the real world to a certain extent. This is the critical time for students to be guided in a loving positive Jewish environment as they really develop their own personal relationship with their faith and their heritage.

With this in mind, our goal is to create a school that is academically rigorous but also provides the warm Jewish environment that includes both the experiential and the intellectual. We have many Jewish families that have moved to Stamford over the last few years and in talking with many of them I found that’s what they’re looking for.

But the cost of a Jewish day school education is not insignificant. How do you convince parents that it’s money well spent?

Sending your children to a Jewish day school is a significant investment and most people who choose to do that are making sacrifices in order to provide this type of education to their children. My goal is to make sure that we are providing tremendous value, so that when parents get the bill, they can say to themselves: “This is a significant investment, but it’s so worth it.”

A study by the Avi Chai Foundation revealed that 40 percent of emerging Jewish leaders – those in their 20s and 30s – are graduates of Jewish day schools. That means essentially that 12 percent of the Jewish population is providing 40 percent of the emerging leaders. Those are our students. In a Jewish day school we’re focused not just on what our students know but on who they are. We want them to be knowledgeable, passionate, committed members of the Jewish community.

Bi-Cultural Hebrew Academy will host an open house for high school students and their parents on Sunday, Nov. 3, at 1:30 – 3:30 p.m. on the school’s North Stamford campus located at 2186 High Ridge Road. For more information, contact Rabbi Shimmy Trencher at (203) 329-2186.