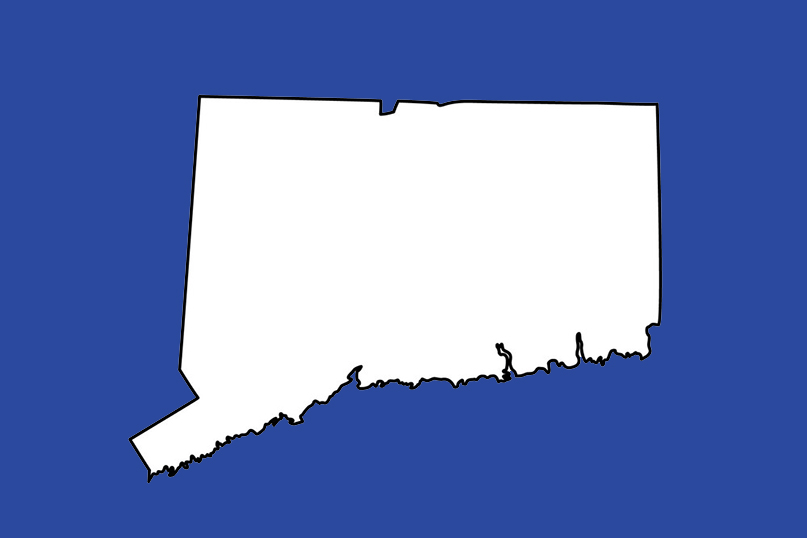 David Baram of Bloomfield is sworn in for a second term as probate judge serving Bloomfield, Windsor Locks, East Granby and Suffield.

A delegation of Jews and Christians from Greater Hartford – including Michael Bloom, executive director of the Jewish Federation Association of Connecticut (JFACT) – retrace the footsteps of civil rights leaders as part of the Interfaith Freedom and Justice Ride 2019.

Bi-Cultural Hebrew Academy of Stamford is the recipient of an Ignition Grant from the Jewish Education Innovation Challenge.

A business professor at Housatonic Community College in Bridgeport is fired for giving a Nazi salute while shouting Nazi slogans at a faculty meeting days after the Pittsburgh synagogue shooting.

U.S. Senator Chris Murphy of Connecticut votes no on legislation that codifies $38 billion in defense assistance to Israel and provide legal cover to states that target the boycott Israel movement. Connecticut’s junior senator, Richard Blumenthal, votes in favor of the bill, which is approved by the U.S. Senate in a 77-23 vote.

A new project celebrating the life of Holocaust survivor and Hartford businessman and philanthropist Simon Konover z’l aims to educate younger generations about the richness of European Jewish life before the Holocaust.

Following its refusal to cancel an anti-Israel course called “Colonizing Palestine,” Tufts University shies away from labeling as antisemitic anti-Israel posters discovered outside the campus Hillel and other locations bearing images of militarized pigs.

Cantors Joseph Ness of Beth El Temple in West Hartford and Daniel Mutlu of Central Synagogue in NY receive an ovation at the conclusion of their historic concert combining the text from Elie Weisel’s Night and Ness’s recompositions of the music of the renowned Cantor Leib Glantz.

The Temple Sholom Selma Maisel Nursery School announces that it will send two teachers to the 2019 World Forum on Early Care and Education in Macao, China, to be held in April.

Human rights pioneer Bassem Eid, an internationally renowned political analyst and expert on Arab and Palestinian affairs, discusses the Israeli/Palestinian conflict in Stamford as a guest of UJA/Federation of Stamford.

Connecticut Jewish philanthropists Ann and Jeremy Pava announce a major tuition intiative for the newly formed New England Jewish Academy that could change the face – and future – of Jewish education in Connecticut.

The Connecticut Jewish Ledger kicks off a celebration of the newspaper’s 90th anniversary with the annual N. Richard Greenfield Memorial Lecture presented by renowned scholar and author Dr. Charles A. Small, an expert on global antisemitism.

Renowned archaelologist Dr. Richard Freund announces that he will leave his post as the longtime director of the Maurice Greenberg Center for Judaic Studies at the University of Hartford at the end of the semester, to head up a new Jewish studies program at Christopher Newport University in Newport News, Virginia.

Students at several Connecticut schools attend the 2019 AIPAC Policy Conference in Washington, D.C., where they have the opportunity to lobby members of Connecticut’s congressional delegation on the need to support Israel.

The newly published book Sol LeWitt: A Life of Ideas by author, playwright and lyricist Lary Bloom of Chester, paints an intimate portrait of the late Hartford-born artist Sol LeWitt, who was Bloom’s neighbor in Chester.

Hartford area philanthropist Rona Gollob establishes a matching gift challenge to restore the historic Rose window that graced the sanctuary of what was once Congregation Beth Israel and is now the Charter Oak Cultural Center.

With publication of her book The Price of Survival: Marcus Levin, Norwegian Holocaust Humanitarian, Bloomfield author Irene Levin Berman completes the final book in her trilogy about the Holocaust.

Three members of CT’s Jewish community are among 19 immigrants honored for their achievement at a ceremony held at the State Capitol marking Immigrant Day hosted by the Connecticut Immigrant and Refugee Coalition. Peter Barzach and Andrel Brel accepted their award at the ceremony; Bonnie Weiner accepted the award presented posthumously to her late husband, Abby Weiner.

After 31 years in operation, The Judaica Store in West Hartford closes its doors for good.

David Waren, a West Hartford native who previously served as vice president of regional operations and advancement for the ADL, is appointed president/CEO of the Jewish Federation of Greater Hartford.

Hebrew Senior Care in West Hartford is approved by the Office of Health Care Strategy to change the West Hartford hospital’s license from a Chronic Disease facility to a Hospital for Mentally Ill Persons, allowing it to expand the facility’s behavioral health beds from 22 beds to 28 beds.

Trumbull resident Deborah Levison takes first place in the adult nonfiction category of the Connecticut Press Club Awards, for her first book, The Crate: A Story of War, a Murder, and Justice.

Sarah Winiarski is appointed director of community relations of the Jewish Association for Community Living (JCL).

Rabbi Ilana Garber, who joined the clergy of Beth El Temple in West Hartford 14 years ago, announced last week that she will leave her post in June 2020.

On July 1, the merger of the Bess & Paul Sigel Hebrew Academy and Hebrew High School of New England (HHNE) will be formalized to create the Hartford area’s first comprehensive Modern Orthodox Jewish school for students in grades K-12.

Dr. Andrea Kasper is honored by the Solomon Schechter Day School of Greater Hartford, where she serves as head of school.

Carin Såvel is appointed executive director of the Jewish Federation of Eastern CT, following the retirement of Jerry Fischer, who filled the post for 34 years.

Temple B’nai Abraham in Meridan, which celebrated its 130th anniversary this year, merges with Middletown’s Congregation Adath Israel in Middletown – a partnership that leaders of both congregations call “a great match.”

More than 175 alumni, families and friends of Camp Laurelwood, reunited at the Madison camp one afternoon in August, to reconnect, reminisce and celebrate a significant milestone: the 95th birthday of former camp director Norman J. Feitelson.

At Staples High School in Westport, swastikas and Stars of David with expletives near them are found in several places.

Rabbi Phillip Lazowski, a Holocaust survivor and rabbi emeritus of Beth Hillel Synagogue in Bloomfield and The Emanuel Synagogue in West Hartford, is inducted into the state’s Immigrant Heritage Hall of Fame.

Antisemitic graffiti was painted on the exterior walls of Congregation Adath Israel in Newtown.

State Senator Matt Lesser (D-Middletown) is honored by the Keep the Promise Coalition with the Legislative Leadership Award for leading passage of the Mental Health Privacy Act.

A delegation of four high school seniors from the New England Jewish Academy (NEJA) in West Hartford attend the Schusterman Advocacy Institute High School Summit in Washington, D.C., where they meet with Representative John Larson at his Capitol Hill office, urging him to maintain his support of security assistance to Israel and to sign a congressional letter from pressing the United Nations to address the threat of Hezbollah in Lebanon.

Holocaust survivor Judith Altmann, whose story of survival and resilience is the subject of a new film produced by Holocaust survivor Agnes Vertes, are honored at the Jewish Historical Society of Fairfield County s 2019 Heritage Award Celebration. Both women live in Westport.

Trinity College history professor Samuel Kassow, widely recognized as one of the world’s leading scholars on the Holocaust and the Jews of Poland, is honored by the YIVO Institute for Jewish Research in New York.

Bi-Cultural Hebrew Academy middle school teacher Angela Cerra is selected for participation in the 2019-2020 Science Coaches program, a joint program of the American Chemical Society (ACS) and the American Association of Chemistry Teachers.

Rabbi Greg Wall of Westport’s Beit Chaverim Synagogue returns to his roots as a jazz musician in the clubs of NY’s downtown jazz scene to play a benefit concert in the historic sanctuary of the Museum of Eldridge Street .

More than 100 students, parents and supporters carrying Israeli flags and signs with messages like “Peace” and “Israel Has the Right to Exist – Ask Me Why,” march from Kendrick Park in Amherst, Massachusetts to the campus of the University of Massachusetts as part of an event called “End Polarization-Promote Peace.” The march is in response to another event held at UMass that evening – the second pro-BDS campus event targeting Israel.

On Dec. 25, former New London resident Elfriede Bernstein turns 106, and celebrates the occasion surrounded by her children, grandchildren and great-grandchildren. 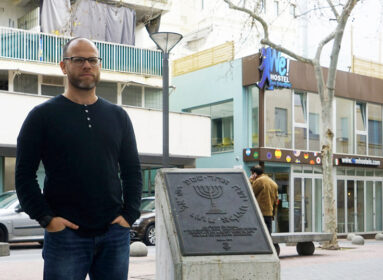