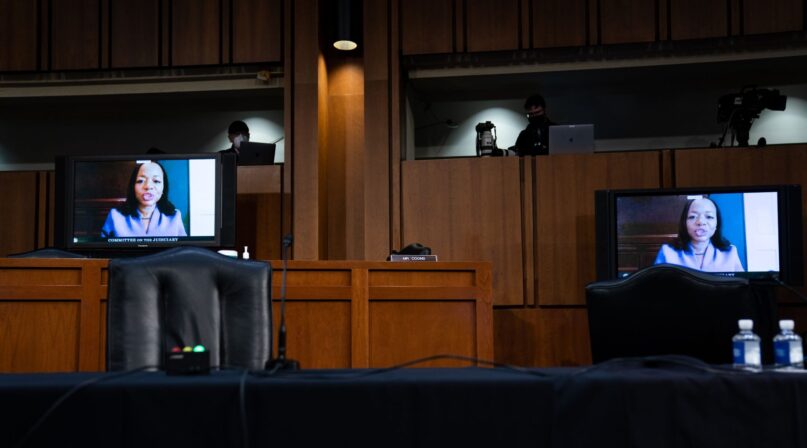 (JTA) – Kristen Clarke, President-elect Joe Biden’s nominee to head the civil rights division at the Justice Department, said it was a mistake to have invited the author of an antiaemitic screed to speak at Harvard when she headed a black student group there. In 1994, Clarke as the leader of a Black Student Association invited Tony Martin, author of a book called The Jewish Onslaught, to speak and defended him afterward. Jews on campus at the time were appalled by the invitation.

“Giving someone like him a platform, it’s not something I would do again,” she told the Forward on Jan. 14. Clarke, the president of the Lawyers’ Committee for Civil Rights Under Law, has worked closely in recent years with Jewish groups in combatting white supremacists.

Biden announced his choice of Clarke on Monday, which earned praise from the Anti-Defamation League. The following day Tucker Carlson, a Fox News Channel host,  Subsequently, statements from liberal Jewish groups backing Clarke were more pointed in rejecting the bid to stigmatize her with actions she took as a student. Praising Clarke for her work combatting antisemitism were the National Council of Jewish Women, the Jewish Democratic Council of America, and Joel Rubin, the American Jewish Congress executive director. Rabbi Jill Jacobs, who directs T’ruah, a rabbinical human rights group, said in an interview that Clarke’s statement this week was a “model of teshuvah,” or repentance, and derided those on the right who would stigmatize someone for something they said as a teenager.