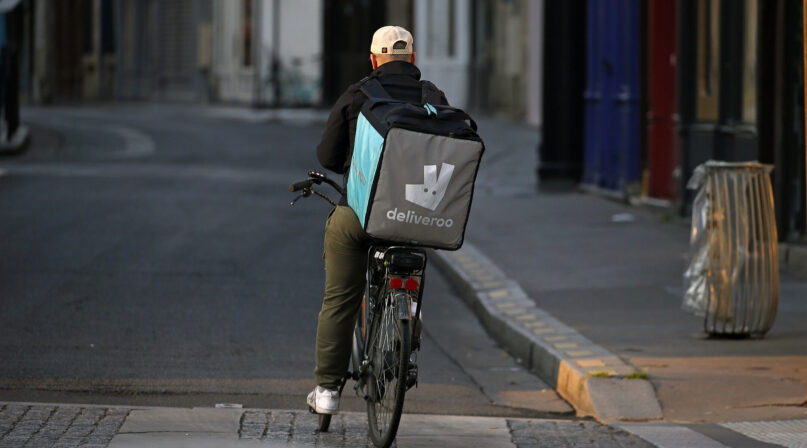 (JTA) – French police have arrested an Algerian man they say declined to serve Jewish-owned businesses because of antisemitic discrimination while working as a food courier in Strasbourg. The man, Dhia Edine D., is an illegal immigrant, the French lawmaker Meyer Habib wrote Wednesday, Jan. 13, on Twitter. Earlier this week, Edine D. allegedly told staff from two kosher restaurants that he does “not serve Jews” and thus is canceling their order with Deliveroo, the online delivery service for which he was working. A Deliveroo France spokesperson told JTA that his firm is looking into the case, which was reported to police, and working with police. If the employee, whose employment has been suspended, is found to have violated the firm’s “zero tolerance policy to racism and antisemitism” or French law, he will be terminated permanently, the spokesperson said. Both incidents happened last week amid a partial lockdown due to the COVID-19 pandemic, which has limited restaurants to offering only meals delivered by couriers. The case was widely reported in the French media and internationally. Across Europe, denying service to Jews is especially reviled because it echoes Nazi policies. France and most other EU member states have laws that make it illegal to deny commercial service on the basis of race, ethnicity, faith, appearance, gender and other characteristics.