“The world watched a poisonous, hate-driven speech, full of misleading propaganda against the Israel Defense Forces and the citizens of Israel,” said a statement issued by the Prime Minister’s office. In his UN speech, Abbas accused Israel of an “unprecedented intensification of military assaults, the blockade, settlement activities and ethnic cleansing, particularly in occupied east Jerusalem, and mass arrests, attacks by settlers and other practices by which this Israeli occupation is becoming synonymous with an apartheid system of colonial occupation, which institutionalizes the plague of racism and entrenches hatred and incitement.”

“Instead of speaking the language of peace and reconciliation [Abbas] came out with a litany of libelous charges against Israel and perverted historic truth. It’s Israel that wants peace, it’s Israel that is ready to except Palestinian statehood in the framework of peace and it is the Palestinian side that up until today refuses to except the legitimacy of the Jewish state,” Mark Regev, Netanyahu’s spokesman, told Reuters Television. 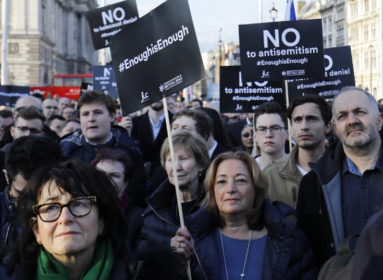