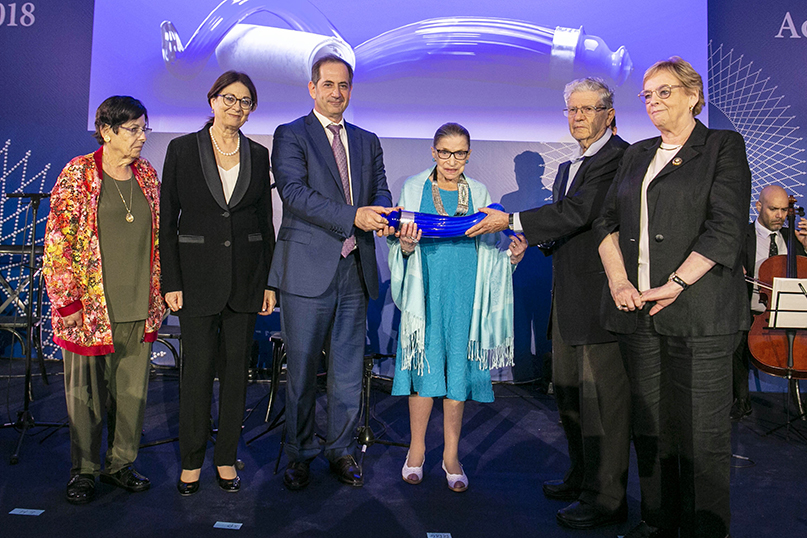 oron Almog, a former head of the Israeli Defense Forces’ Southern Command, was one of the heroes of Israel’s 1976 hostage rescue operation in Entebbe, Uganda, and winner of the 2016 Israel Prize for lifetime achievement.

But the thing he says he’s most proud of is ALEH Negev-Nahalat Eran, a rehabilitation village he founded in southern Israel for 160 physically and mentally disabled children and young adults. It’s named after Almog’s son, Eran, who was born with severe autism and died in 2007, at the age of 23, from a rare disorder known as Castleman disease.

ALEH-Negev is one of 15 organizations, including nine in Israel, to receive grants derived from the 2020 $1 million Genesis Prize, often described as the Jewish Nobel. Last year’s laureate, Natan Sharansky, chosen in December 2019, donated his prize money to Jewish and non-Jewish groups fighting COVID-19’s spread throughout the world.

“During this pandemic, we cannot do social distancing, but we do need lots of PPE,” said Almog, whose organization received a $50,000 grant. “You cannot keep two meters distance from these kids. You need to hug them, wash them, treat them. A lot of the money we received will go to PPE as well as respiratory equipment and oxygen. We’ve also increased salaries for our medical staff because they’re doing double shifts and there’s more risk.”

This year, for the first time since the inception of the Genesis Prize, the Genesis Prize Foundation has opened up the laureate selection process to the wider public. More than 45,000 people worldwide sent in submissions for over 4,000 nominees, and seven finalists were selected.

To cast a vote, visit the Genesis Prize website anytime between now and October 26.

“The Genesis Prize has evolved from an elite, committee-driven process to a more inclusive approach that seeks to engage the entire Jewish world,” said Genesis Prize Foundation President Steve Rakitt. “The voice of the Jewish people from all walks of life, different demographic groups and across generations will now become an extremely important factor in the nomination and selection of our honorees.”

When last year’s prize went to Sharansky – the onetime Soviet dissident turned Israeli politician and later head of the Jewish Agency – he initially planned to donate his prize money to projects that support human rights, according to Sana Britavsky, deputy CEO of the Genesis Prize Foundation.

“But when COVID-19 started, Natan generously decided that all his prize money should go to vulnerable populations here in Israel and abroad,” Britavsky said in an interview. “He chose to give to projects that would work for real people, where that kind of help would make a real difference.”

Sharansky said in a statement, “Many people of good will around the world have given generously to help organizations and individuals who have been devastated by COVID-19. I am grateful to have the opportunity to contribute to this humanitarian effort.”

Among the recipients was the European branch of the Jewish outreach organization Moishe House, which subsidizes homes throughout the world that serve as Jewish community hubs for Jews in their 20s. Moishe House is using the funding to expand its volunteer activities in support of isolated, elderly Jews affected by COVID-19 in Madrid, Moscow, Paris and Rome.

“We received this grant to increase the work we do fighting loneliness and isolation,” Alejandro Okret, chief global officer at Moishe House, said in a phone interview from London.

When the pandemic hit Italy, Moishe House residents in Rome immediately set up donation points at three supermarkets where they encouraged people to donate food or take whatever they needed. They also launched an effort to record the stories of their grandparents, to keep them engaged and connected with others. In Moscow, Moishe House volunteers made phone calls to isolated elderly people, and delivered them medication. In Paris, participants read for the blind.

Genesis Prize grants also went to the Association of Rape Crisis Centers of Israel, which has seen a 40% surge in domestic violence cases during the pandemic; the Weizmann Institute of Science, to help develop a coronavirus vaccine; and to Columbia University Irving Medical Center and New York University’s Tandon School of Engineering for coronavirus-related research.

The Genesis Prize organization is expecting at least 75,000 people to cast online ballots before voting concludes on Oct. 26. The winner will be announced in early 2021.

If this approach proves successful, Rakitt said, all future laureates will be selected this way.

“It’s a reflection of the way the world is going,” Rakitt said. “For years, the Genesis Prize was modeled on the Nobel and other prestigious prizes. It had a limited number of people who could nominate, and an even more limited number who could select. We want to hear the voices of the Jewish community around the world. That’s why we’re opening up the process.”

This article was sponsored by and produced in partnership with The Genesis Prize Foundation, which aims to foster Jewish identity, inspire Jewish pride and strengthen the bond between Israel and the Diaspora. This article was produced by JTA’s native content team. 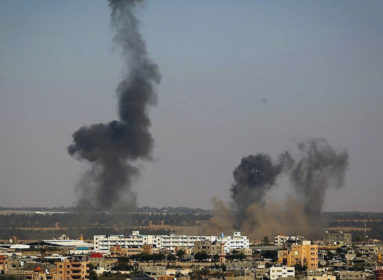