Q & A with Jason Guberman-Pfeffer

“Meet Renaissance man Jason Guberman-Pfeffer. The summa cum laude Sacred Heart grad (in three years) and class president has clearly demonstrated book smarts and people smarts. While still an undergrad he was invited to present at faculty panels; in his spare time he  organized a concert promoting solidarity with Iranian dissidents. Today he’s a social entrepreneur — founder/guiding force behind the Diarna Project, which provides free virtual access to historic Jewish sites from Morocco to Iran. Enhancing oral and visual histories with today’s technology, e.g., Google Earth, and staffed by an ecumenical team, Diarna may well become a model for historical and community preservation projects worldwide. On top of all this, he’s an accomplished pianist.”
In addition, Diarna has twice been recognized as one of the 50 most innovative Jewish projects in North America by the Slingshot Fund.

Guberman-Pfeffer spoke with the Ledger about Diarna…and what it takes to be a “Renaissance Man.”

Q: First, tell us about your background?
A: I was born in Bridgeport and grew-up in Stratford where I still live in the home of my grandparents, Sylvia (née Rocklin) and Maury Guberman, both of blessed memories. At Sacred Heart University (SHU), my studies — ranging from political theory and modern Chinese history to Holocaust literature (a course taught by a Sorbonne-educated priest from Luxembourg) — were in the best tradition of liberal education. Discussions and writing were unbounded by class periods and assignment deadlines.
SHU initially lacked a Middle East studies program and continued to have limited course offerings after a minor was established in my second year. As a result, though, I had the freedom to pursue independent study under the guidance of Dr. John Kikoski, a seasoned faculty mentor. This opportunity was an invaluable prerequisite to my current work on Diarna (“Our Homes” in Judeo-Arabic) — an initiative dedicated to preserving and providing untrammeled virtual access to North African and Middle Eastern Jewish sites and memories.

Q: Was your family involved in the Jewish community when you were growing up?
A: During my K-12 public school years, I was generally the lone — that is not to say “lonely,” which was never an issue — Jewish kid in class and sometimes the entire grade. I acutely felt a responsibility to give a good accounting of what it means to be “Jewish” to those for whom I would be their first and maybe singular impression. While naturally inclined to explore my heritage, this environment compelled me to know in order to explain and to observe in order to know — perhaps even more so because I had, when entrusted with the decision, chosen not to attend Hebrew school.
The Orthodox synagogue in Bridgeport where my grandparents were wed is today a Baptist church, and many other Jewish establishments existed only in their memories by the time I was born. The idea of connecting with the lives of my grandparents and great-grandparents through sites has always been intriguing. Even before the advent of Google Earth, I mentally mapped place-based memories — Seaside Park’s “Jewish” tree, the barber shop where my namesake and great-grandfather Joseph went, Grandma Rothstein’s store in Philadelphia, the Baltimore apartment where my great-grandmother Ida lived not far from Billie Holiday, the house where Bubbie’s Uncle Joe died of a broken heart after the death of his workhorse Jacob — for later exploration.
Although very young, I remember meeting Zaidee’s father, a survivor of the Kishinev Pogrom. This experience — as well as Bubbie’s relating how a brief note written on a napkin was the last communication she received from her maternal grandparents before they and the rest of our large family remaining in Poland were murdered during the Holocaust — taught me to appreciate eternal loss after the fraying chords of memory are broken. In retrospect, this understanding has directly affected the urgency with which Diarna is racing to document sites and memories decades after Jewish communities across the Middle East have been completely disbanded or atrophied, their structures are decaying or being destroyed, and the last generation to witness Jewish life is passing on.

Q: Exactly how did the Diarna Project come about?
A: While finishing-up my last two courses in the summer after commencement, a friend called having just returned from Morocco.
Describing with wonder synagogues on the edge of the Sahara, scorpion-guarded genizot, mountain-top shrines to Jewish “saints”… the question arose: what would be left in 10 years when his daughter would be old enough to explore her Judeo-Moroccan roots? How could we put once vibrant yet now largely vanishing Jewish communities “on the map” for everyone to explore? In partial response to these questions, I helped found Diarna and launch its parent non-profit in August 2008.
In the three years since then, Diarna has documented over 650 sites from Morocco to Iran, amassed thousands of photographs and videos (visit www.http://youtube.com/diarnainfo for examples), conducted 15 research expeditions, been featured in popular (Haaretz) and scholarly (“Encyclopedia of Jews in the Islamic World”) publications, presented at academic conferences (Association of Jewish Studies, Center for Jewish History), launched an online exhibit on Judeo-Amazigh (“Berber”) and Holocaust sites in Morocco (www.jewishmorocco.org), and partnered with Wellesley College, the Alliance Israélite Universelle, Beit Hatfutsot: The Museum of the Jewish People, and Yad Ben-Zvi. 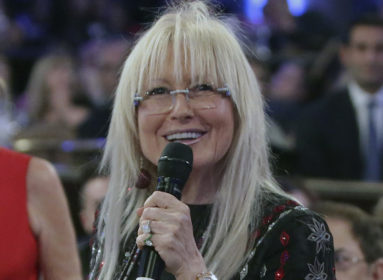 5 things to know about Miriam Adelson