(JNS.org) The International Atomic Energy Agency (IAEA), a United Nations-affiliated nuclear watchdog, says that its investigation into the potential weaponization of Iran’s nuclear program has stalled. Iran’s non-compliance with the probe might derail the prospects of a nuclear deal with world powers being reached by the Nov. 24 deadline.

Last February, Iran agreed to provide the IAEA with information on three aspects of its nuclear program: alleged experiments with nuclear detonators, work on high-explosive charges used in nuclear blasts, and studies on the calculation of nuclear explosive yields. But the IAEA says Iran has only provided information on the detonators, which the Islamic Republic insists were only used for oil exploration and non-nuclear military purposes.

The P5+1 powers – U.S., U.K., France, Russia, China, and Germany – have insisted that no final agreement with Iran will be reached until the IAEA is satisfied with its investigation.

Meanwhile, Sen. Linsey Graham (R-SC) said in an interview with Israel Hayom published Sunday, Nov. 9, that the Senate would block a ‘bad deal’ on the Iranian nuclear program, which, in Graham’s view, is any agreement that permits Iran to enrich uranium. “With Iran, we do not want to end up getting the same result we got with North Korea, which ultimately, despite the negotiations and the agreements, became a nuclear power,” he said. Graham said he intends to submit a bill to the new Senate majority leader, expected to be Sen. Mitch McConnell (R-KY), that would require President Obama to allow the Senate to review any nuclear agreement with Iran. 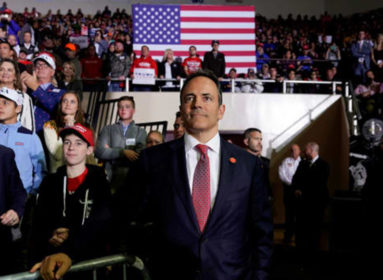