(NY Jewish Week via JTA) – Students at Columbia University have passed a referendum to boycott and divest from companies that “profit from or engage in the State of Israel’s acts towards Palestinians.”

The news was released to the Columbia student body via email Sept. 29. According to the vote results shared with The Jewish Week, 61% of undergraduates who weighed in (1,081 votes) voted in favor of the referendum, 27% (485 votes) voted against it, and 11% (205 votes) abstained.

Columbia University president Lee Bollinger released a statement emphasizing that the university “should not change its investment policies on the basis of particular views about a complex policy issue, especially when there is no consensus across the University community about that issue.” Bollinger, who earlier this year published a statement tying the movement to boycott Israel to the current rise in antisemitism, clarified that “questions about possible divestment of endowment funds are not decided by referendum” but rather through a process involving the university’s advisory committee.

Romy Ronen, a junior in the joint degree program of the Jewish Theological Seminary and Columbia University and the vice president of Students Support Israel on campus, called the vote, a “symbolic loss.”

“What the vote has accomplished is making the majority of pro-Israel students on campus feel unsafe, victimized and disappointed,” said Ronen. “It makes it feel normalized to boycott and divest from the only Jewish state, a place a lot of us call home.”

Members of Columbia University Apartheid Divest, a collaborative student group that includes Columbia Students for Justice in Palestine and Columbia/Barnard Jewish Voice for Peace, posted an announcement with the voting results on its Facebook page. “We are so excited to announce that our divestment referendum has passed with majority student support at Columbia College!” read the post.

The referendum follows several previous attempts by Palestinian groups on campus to bring a BDS vote to the student body.

An advertisement encouraging Columbia students to “vote no” to the BDS referendum ran Sept. 20 in the Columbia Daily Spectator, a week before the vote. The advertisement, sponsored by Students Support Israel, said, “Vote NO to hate! Vote NO to keep Jewish student safe on campus.”

Hours after publication, the Daily Spectator published an apology for running the advertisement. The apology was signed by the publication’s editor-in-chief Karen Xia, managing editor Shubham Saharan and vice president Isabel Jauregui.

“The message, which referenced the Columbia University Apartheid Divest referendum, was clearly inappropriate and did not meet our standards for distribution,” the statement said. “We deeply apologize for giving this advertisement space on our platform and are immediately reviewing our internal processes to ensure that publication of such material will never happen again. Neither The Columbia Spectator nor Spectator Publishing Company endorses Students Supporting Israel and Columbia or its products, services or views.”

The referendum vote follows a federal complaint filed in December 2019 against Columbia University accusing the school of antisemitic discrimination. The case was the first filed since President Trump’s executive order on combating antisemitism, which grants Jewish students the same protections as other minority groups.

In the complaint, student Jonathan Karten alleges “pervasive and ongoing” discrimination against Jewish students by other students and faculty at the school. It asks the U.S. Education Department to investigate and consider pulling all federal funding from the university.

In settlement with US Education Dept., NYU to revise its discrimination policy

(JNS) New York University has reached a settlement with the U.S. Department of Education’s Office of Civil Rights (OCR) following a complaint filed on behalf of a student that cited multiple antisemitic incidents on campus, the first agreement since President Donald Trump signed an executive order last December that designated antisemitism as a form of discrimination under Title VI of the 1964 Civil Rights Act.

The agreement – highlighted in a Sept. 25 letter from Blanchard to attorneys Joel Siegal and Neal Sher, who filed the complaint on behalf of current alumnus Adela Cojab – requires the university, by Sept. 30, to revise its “Non-Discrimination and Anti-Harassment Policy” to “include a statement that the university prohibits discrimination on the bases of shared ancestry and ethnic characteristics, including antisemitism” in accordance with the executive order, which requires U.S. government agencies to consider the widely-accepted International Holocaust Remembrance Alliance definition of antisemitism. The “Non-Discrimination and Anti-Harassment Policy” has yet to be updated to include antisemitism as a form of discrimination.

The university pledged to take disciplinary action against students who violated the policy.

The settlement is the result of an investigation the Education Department opened into NYU in November in the aftermath of antisemitic incidents, such as two members of anti-Israel groups at NYU who were arrested for actions at an Israeli Independence Day party in April 2018 that included setting an Israeli flag on fire and also assaulting a celebrant who was singing Israel’s national anthem, “Hatikvah.”

In December 2018, a student tweeted that he wanted “all Zionists to die,” which led to the closure of NYU’s Hillel for nearly 48 hours. NYU informed OCR of complaints of additional antisemitic incidents from the 2017-18 and 2019-20 academic years.

“We are pleased that the U.S. Department of Education has decided to end its review without finding any wrongdoing by NYU. NYU has long been understood as a place that is welcoming to and supportive of members of the Jewish community,” NYU spokesperson John Beckman told Jewish Insider. “For that reason, the university has gladly agreed to several steps that would bolster our longstanding commitment to opposing and responding to antisemitism.”

Alyza Lewin, president of the Louis D. Brandeis Center for Human Rights Under Law, said in a statement that the agreement confirms the importance of the Executive Order.

“This is an extraordinary development, a victory for all Jews and a defeat of anti-Semitism that will undoubtedly improve the climate on NYU’s campus,” she said. “Other universities that are serious about combating anti-Semitism should follow suit and similarly incorporate the IHRA working definition into their university policies.”

(JNS) Thirty organizations, led by the Zionist Organization of America, have sent a letter to 165 colleges and university presidents across the United States, calling on them to address antisemitism on their own campus.

“Many Jewish students are feeling harassed, afraid to express their Jewish identity – including their support for Israel – and afraid for their emotional well-being and physical safety. Several of us wrote to you in September 2014 because we anticipated a frightening backlash against Jews on campus due to the Hamas war against Israel in the summer of 2014,” stated the Sept. 30 letter. “Back then, we urged you to take the necessary steps to protect your Jewish students, as you would surely do if any other vulnerable minority group on your campus was being targeted. … Such steps were required under Title VI of the Civil Rights Act,” continued the letter, alluding to the executive order signed by President Trump last December that designated Judaism as a nationality under that law, which applies to institutions that receive federal funding.

“Antisemitism on our college campuses has been equally alarming, particularly because the antisemites are finding new ways to target and persecute Jews,” stated the organizations. “There are still incidents of antisemitic vandalism on campus, with mezuzahs being ripped off of students’ doors in their residence halls, and swastikas defacing campus property.

“In addition, Jewish students are under siege from antisemitism related to Israel and Zionism,” they continued. “This form of antisemitism masquerades as legitimate political discourse, but in fact, it is yet another expression of Jew-hatred, causing Jewish students to feel harassed, threatened and even afraid for their safety.”

The letter cites incidents of antisemitism in higher education and how campuses can address hatred towards Jews.

Finally, the organizations state that while they “appreciate that college campuses should encourage free and open debate and the robust exchange of ideas” and “support these principles,” no one “should tolerate a campus where students and student groups flagrantly disregard university rules and policies–supported by university funds, no less–without consequences.”

“None of us should support faculty using their podiums to promote their personal, political anti-Israel agendas. None of us should tolerate a campus climate of fear or disrespect, which can seriously impair the physical and psychological health of students and create conditions that negatively affect their learning and their ability to achieve their full potential.” 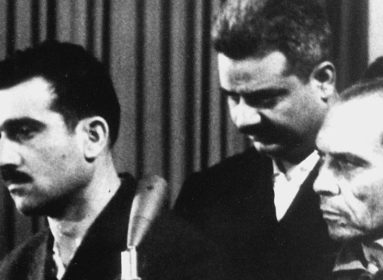