(JTA) – The Board of Directors of Rabbi Steven Pruzansky’s Teaneck synagogue is taking steps to oversee the rabbi’s controversial blog and tighten shul security. In a letter sent to congregants last Friday, the Board of Congregation Bnai Yeshurun said Pruzansky had agreed to submit his writings to editors prior to publication and that the process would be reviewed periodically by the synagogue board. The shul also said security patrols by Teaneck police have increased in recent days to ensure the safety of the synagogue, its members, and Pruzansky and his family.

The letter was sparked by a Nov. 21 blog post titled Dealing with Savages, in which Pruzansky called Arabs in the Land of Israel “the enemy,” advocated their emigration or deportation, and suggested that the mosque atop the Temple Mount be moved to Saudi Arabia. After it was reported by JTA, the rabbi deleted the post due to “unspecified threats,” he said.

“As the Board of Directors has said in the past, the public writings of Rabbi Pruzansky are his personal thoughts, views and opinions and not those of Congregation Bnai Yeshurun, its Executive Board, Board of Directors or members,” the board said in its letter to members. The new editorial oversight arrangement for Pruzansky comes in response to the harsh spotlight his recent posts have cast on his 800-member Orthodox shul, Teaneck’s largest.

In his own letter to congregants, Pruzansky expressed regret for writing “in a manner that many deemed harsh” following last week’s deadly terrorist attack at a Jerusalem synagogue that left five dead, including four Jewish worshippers. “I have agreed (upon recommendation of the shul leadership) to form a panel of people that I trust that will review my writings – not to censor the ideas, but to make certain, when necessary, that they are conveyed in slightly-less colorful ways,” he wrote.

Over the years, Pruzansky has used his blog and his sermons to castigate those he deems harmful to the Jewish people – not just Arabs, but Israeli leaders, too. In 1995, weeks before the assassination of Israeli Prime Minister Yitzhak Rabin, Pruzansky called Rabin a Judenrat – the term used to describe the Jewish councils that did the Nazis’ bidding during the Holocaust. Earlier this month, Pruzanksy got into a public spat with the New York Jewish Week in which he seemingly compared the newspaper to the Nazi publication Der Sturmer.

Pruzansky’s Nov. 21 blog post prompted a rare statement from the Orthodox Union repudiating rhetoric that resorts to “wholesale demonization, advocates for the collective punishment of Israeli Arabs, or calls for the destruction or dismantling of Muslim holy places.” 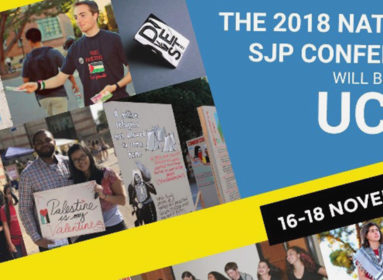